Is Quality Really in Jeopardy Because of Content Farms?

So-called content farms draw a lot of criticism for a supposed lack of quality and some consider them a threat to quality on the web in general. We’re talking about entities like Demand Media, Associated Content, the new AOL, etc. (the definition of the term content farm itself is also debated).

I would argue that content quality is not in jeopardy. Hear me out. For one, while these sites may or may not produce a large amount of sub-par content, that’s not to say that they don’t have quality content too. There’s no question that quantity is the driving force behind these sites, but quantity in content producers (AKA: the writers, video producers) also means a wider range of minds contributing. There is good among the bad. It’s a mix. 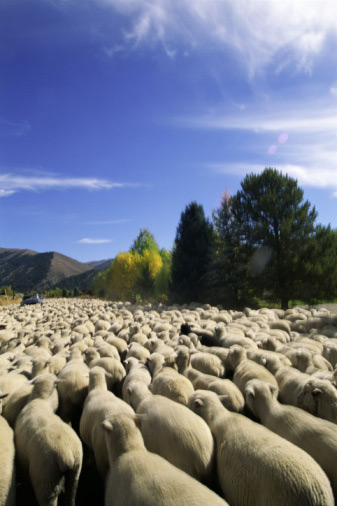 Furthermore, as competition among these content farms heats up (and you can bet that will increase), quality is going go play more of a role in setting one apart from the next. Low-quality content will inspire higher quality competition. If a how-to article on roofing isn’t adequate, someone will want to trump it with a better one. Users will flock to the higher quality pieces when the lower quality ones don’t meet their requirements. If those pieces do meet their requirements, how low quality are they really? Quality is in the eye of the beholder. If the reader/viewer doesn’t like what they see, they’ll look elsewhere.

Who is the top YouTube provider, measured by views? You guessed it, Demand Media. This is because it produces far more video content per month than Howcast (Demand competes directly with Howcast with its property eHow). While Sanjay Raman didn’t have exact figures, he estimated that Demand Media produces about 10 times more videos every month than Howcast. However he implied that this resulted in lower quality videos.

"Demand Media takes tasks and makes them smaller than they need to be," said Raman.

Now, that’s also not to say that all of Demand Media’s content is low quality, though many will be quick to tell you that it is. The company has already made moves this year aimed at increasing quality. See the following articles for a few examples:

DM is still adjusting to a new model that it has become the poster child for. There may be a lot of work to do, and just how much it improves remains to be seen. That said, increased competition in this space is likely to fuel increased quality, and if not, the users will go elsewhere. Bounce rates will increase. Someone else will get the traffic.

Furthermore, search engines will continue to compete to deliver the best results, and people will be more inclined to share higher quality articles. That should provide further motivation.

All Hotmail Users Now Have the New Version