Google’s Aardvark and Reasons for Social Search (from SXSW)

As you may know, Google recently acquired social search service Aardvark. I attended a panel on social search at SXSW this week, in which Max Ventilla, the service’s "Head Zookeeper" talked about not only the service, but what social search means for the industry in general.

First off, here are a few Aardvark stats. Ventilla says 85% of questions are answered, and most in under 5 minutes.70% are rated "good" vs. "ok" or "bad". 45% of answers lead to cross-talk among users. Over 50% of users have answered a question. I’ve often wondered about that one myself. When a person uses Aardvark to get a question answered, they are also called upon to answer questions for others. I’ve been curious as to how often new answer-providers are created, considering time has become such a valuable resource these days. The average query length is nineteen words vs. less than three on Google. 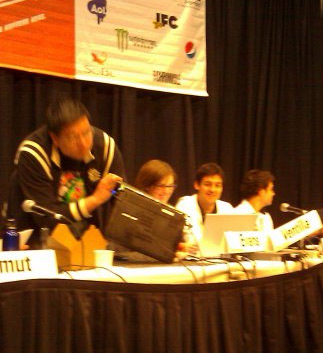 According to Ventilla, reasons for social search include:

– Each individual network is growing exponentially

– Questions about how to spend your time and money are subjective

Ventilla says the company has learned that intimacy (more than authority) facilitates trust. In addition, social context is different than social graph, and is frequently sufficient, he says. A few other conclusions they’ve reached are that speakers want to know who they’re addressing, people don’t need artificial incentives to be helpful if there’s no friction involved, and people don’t like receiving random questions, but they don’t actually know what’s in their profiles.

"We wanted to create not a product, but a contact," says Ventilla.

An interesting question was brought up by an audience member – something along the lines of, what if you want to know the best place to buy an engagement ring? How can you make sure the recipient of said ring wouldn’t get that query? Ventilla expressed interest in such a system. In fact, he referred to it as "the holy grail." He also says there are other ways to find this kind of info that are "probably better than Aardvark for the time being."