Last week, Google announced that it was investing $5 million in a German solar power plant, and many people nodded in appreciation.  Only it turns out the search giant was just warming up, as the company announced today it’s now putting almost $170 million into a solar plant much closer to home.

Rick Needham, Director of Green Business Operations at Google, wrote on the Official Google Blog, “We’ve invested $168 million in an exciting new solar energy power plant being developed by BrightSource Energy in the Mojave Desert in California.  Brightsource’s Ivanpah Solar Electric Generating System (ISEGS) will generate 392 gross MW of clean, solar energy.  That’s the equivalent of taking more than 90,000 cars off the road over the lifetime of the plant, projected to be more than 25 years.” 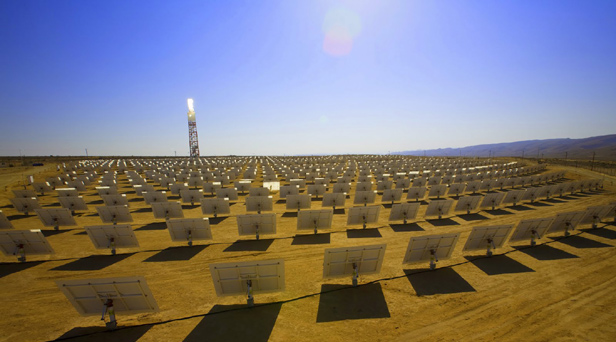 Then, while noting that this does represent Google’s largest clean tech investment (“to date”), Needham continued, “The investment makes business sense . . .”

That should come as a relief to investors who are concerned about how Google will perform under Larry Page.  And that’s starting to be a serious factor, too, since the company’s stock has dropped 2.43 percent since Page took over as CEO a week ago.  (For reference: the Nasdaq’s lost just 0.65 percent and the Dow is up a tiny bit over the same period.)

Anyway, the “Ivanpah Power Tower,” as the solar project’s known, is supposed to be finished in 2013.  NRG is an additional supporter, and the U.S. Department of Energy is providing clean energy technology loan guarantees.

Get More Traffic From Twitter With These 6 Great Headline Tips