A Day after Mozilla released Firefox 4 for download, the browser has been downloaded over 9 million times. Most downloads seem to be coming from North America and Europe.

As a matter of fact, at the time of this writing, Europe is leading with nearly 4 million downloads, followed by North America with nearly 2.5 million.

The U.S. has downloaded nearly 2 million. In Europe, the downloads are obviously distributed among many more countries. Germany leads Europe with over 750,000 downloads, followed by Russian Federation, France, Spain, United Kingdom, Italy, and Poland.

Asia accounts for over 1.6 million. Japan leads the continent with over 330,000 downloads.

As StatCounter reported today, Firefox 4 quickly gobbled up 1.95% of the global browser market share (That should be significantly higher by now, considering the rate at which it’s being downloaded). 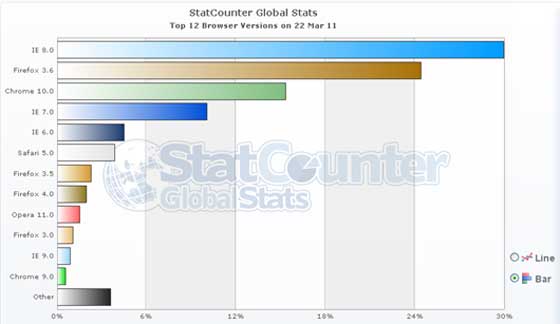 Read reviews from a couple of our writers at the following links:

Firefox 4 Review: Many Likes, Few Dislikes
Firefox 4 Official Release – Was it Worth the Wait