Zynga, the social gaming company that makes apps for both Facebook and MySpace, now has one additional connection to those two companies.  Zynga named Owen Van Natta Executive Vice President of Business Operations this afternoon.

Van Natta was, as you may remember, Facebook’s COO for a while.  He served as CEO of MySpace for a relatively short period of time, as well.  So this move is perhaps a bit of a step down for him, title-wise. 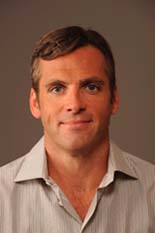 Still, Van Natta has also joined Zynga’s board of directors, which isn’t such an un-prestigious shift.  And this development’s a potential indicator that big things are happening at the company as a whole.

Consider Van Natta’s employment history again.  Bringing him aboard in an official capacity, when he was just a consultant, could be a sign that Zynga wants some people with experience at big, in-the-spotlight organizations.

It could be a sign that Zynga is planning to go public, in other words.  Rumors on that subject have been circulating since at least last summer, although it would be a little odd to see Zynga take the leap before Facebook.

Cable TV Coming to the iPad, Twitter Gets a Movie Trailer