"Early on (we’re talking ’06 here, people!), the yellow subscribe button made its debut so the latest videos from your favorite channels could make a beeline to your inbox/eager eyes," YouTube Product Marketing Manager Georges Haddad, said in a blog post yesterday. "Today, the button that’s been immortalized as a throw cushion hits an important landmark: it’s been clicked over one billion times."

While it was MachinimaSports that got the billionth subscription (featured on YouTube’s homepage today), a number of channels have over a million subscribers. In fact there are 15 of them. These include: fred, nigahiga, kassemg, shanedawsonTV, shanedawsonTV2, smosh, universalmusicgroup,machinima, sxephil, mysteryguitarman, davedays, kevjumba, realannoyingorange, raywilliamjohnson, collegehumor, failblog. 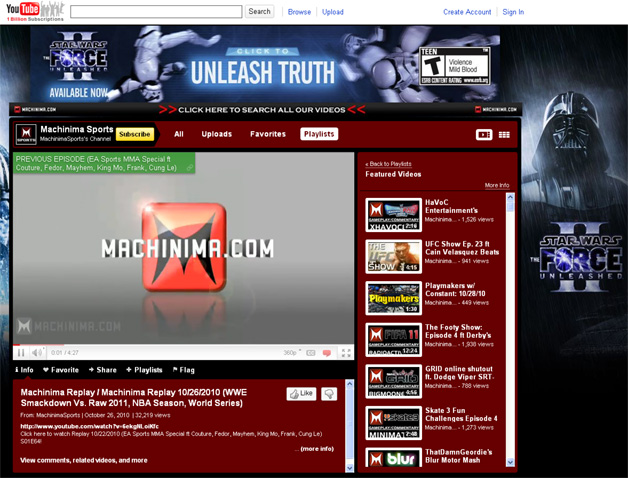 YouTube has also launched a new widget for video producers to embed on their sites and blogs that allows for one-click YouTube channel subscription. That should help the second billion come a lot faster.

When a user clicks the button, they don’t have to leave the content provider’s site to log into YouTube or to confirm their subscription. It all happens right in the widget. Content providers can get the source code for the widget here.

In other YouTube news, CEO Chad Hurley announced that he is stepping down from his post, and will assume an advisory role with YouTube. As Doug Caverly points out, he was the last of YouTube’s co-founders to have close ties to the company.