Your Employees Now Have a Helpful Google Apps User Hub

Google announced an update to Google Apps that enables employees to view and access their apps from a new user hub. This provides them with an easy way to see what they are able to use while giving them a simple interface to use the apps from. 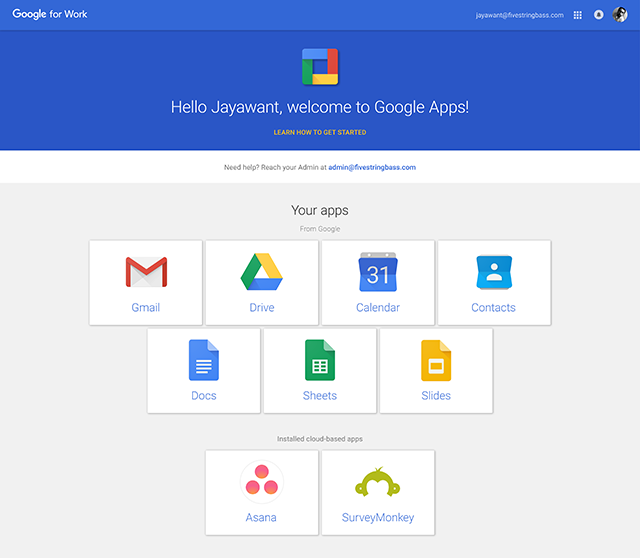 “With this launch, an employee can quickly and easily see a list of the Google and third-party apps they have access to, like Gmail, Drive, SurveyMonkey, and more, at apps.google.com/user/hub,” Google says. “This page features links to all the apps currently turned on for that user, as well as a section dedicated to those apps that have been whitelisted by their admin but not yet installed.”

“This should encourage employees to use their enabled apps more often and to finally check out those apps they haven’t yet tried (especially the mobile versions, which will be easier to access),” it adds. “New users will also be directed to apps.google.com/user/hub during the onboarding process.”

In semi-related news, Google just added some new templates for Docs, Sheets, and Slides, including some that are business-specific.