Microsoft launched its Windows Live Messenger app for the iphone last week. Today, the company has announced that in only five days, the app was downloaded by over a million people. 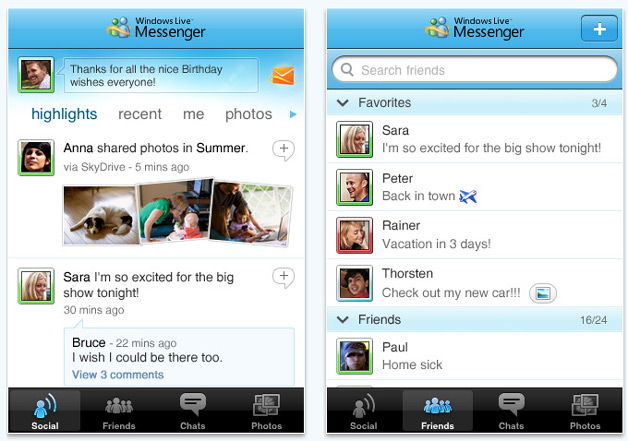 "Along with Messenger Connect, Messenger IM in Hotmail, and the coming integration with Xbox LIVE, the new iPhone app is just one more way that we are bringing Messenger to you across the web and on your phone," adds Chang.

Last week, MySpace announced its own new integration with Windows Live Messenger (as well as Hotmail). That said, the popularity of the app could be a good thing for MySpace as well as Microsoft.

Microsoft says it will be updating the app shortly, in order to address some issues users have complained about.