Why Windows Phone 7 Could Be Google’s Biggest Threat

As you’re probably aware, Windows Phone 7 devices went on sale in the U.S. this week. As we’ve speculated upon a few times, the success of these devices could play an integral role in the future success of Bing, which has already shown impressive growth since its launch.

Windows Phone 7 devices come equipped with a search button that searches Bing by default, so it stands to reason that the more these devices get into the hands of consumers, the more searching will naturally be performed via Bing, rather than Google. This is probably one reason why Google considers Bing its main competitor as opposed to Apple or Facebook, which also directs searchers to Bing’s web results.

In fact, Bing and Facebook recently deepened their relationship. Microsoft annnounced the integration of Facebook information into its search results, not only making social interactions much more important to search marketing, but giving Bing an edge over Google in personalized search for Facebook users.

We asked Microsoft how this integration has impacted user interaction with Bing thus far. “While it’s still too soon to tell the long-term impact of bringing together Facebook information and Bing search results, we’re confident that Facebook and Bing are a natural match,” the spokesperson said. “Since people look to their friends for advice and opinions and use search to complete tasks, Bing is a natural place for this information to come together.”

Google has indicated that it intends to get the kind of data that Facebook is giving Bing users one way or another, though it’s never been quite clear what the company meant by this. Google is meanwhile focused on building its own “social layer” upon its existing products, and it will be interesting to see how that whole situation plays out.

As far as Bing taking away Google search market share is concerned, Google has a potentially real threat on its hands with Windows Phone 7 and subsequent iterations of Microsoft’s mobile operating system. Not only has Android become a big part of Google’s identity, that small, aforementioned button threatens to hit the company at its core. I’d expect some hard core competition going on between Android and Windows Phone from here on out, and probably a significant amount of trash talk the way we’ve seen Google and Apple exchanging with one another.

As soon as Windows Phone 7 devices became available here in the U.S., Google launched its search app for the OS. Google wants its search engine users to know it’s available everywhere. It needs them to know. If Microsoft’s mobile OS really picks up steam, we’ll really start to find out whether a significant amount of Google’s users are really loyal or just too lazy to switch their default search engines. 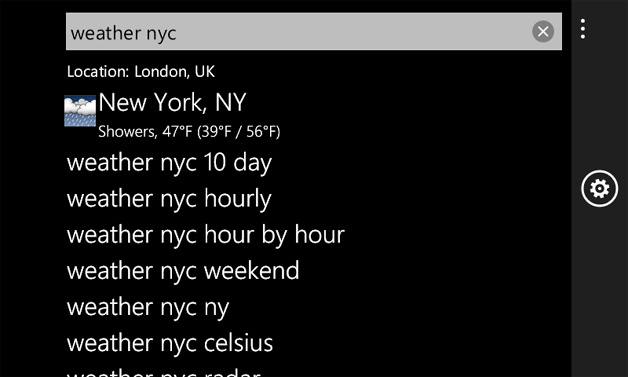 It remains to be seen what kind of mobile-to-desktop integrations might come from Windows Phone 7. It’s not entirely out of the question that this could influence desktop search engine usage is it? The more apps that come out, the more potential there is for this kind of disruption.

Thoughts on Windows Phone 7’s potential impact on search market share? Tell us what you think in the comments.

Is Talking Bad About the Boss on Facebook Grounds for Termination?