"Super Bowl advertising is big entertainment, and everyone wants to voice their opinion," said Bill McKendry, founder and chief creative officer at Hanon McKendry.  "We wanted to give average viewers a place to weigh in, in real time, on the ads they think hit the mark." 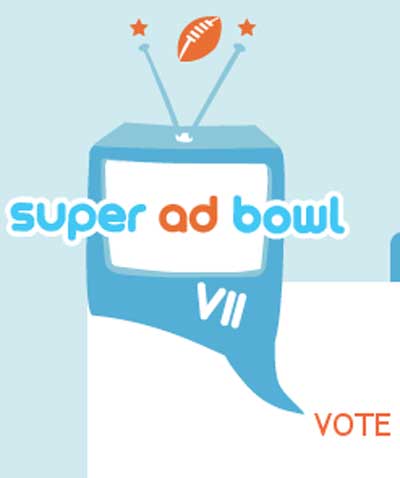 According to a Harris Interactive poll over 57 percent of U.S. adults plan to watch Super Bowl XLIV as much for the commercials as for the game. Among those who watch commercials, 35 percent say they are more likely to visit an advertiser’s website after seeing a Super Bowl ad. In addition, 48 percent of online adults who watch the ads say they are at least somewhat likely to discuss them on social networking sites.

Visitors to the site will be able to cast their votes for one favorite commercial from each quarter. Voting will open at the end of the first quarter and remain open through February 9.

"As more and more Super Bowl advertisers maximize interactive opportunities, viewers are getting in the game and watching with their laptops by their sides," said Pete Brand, co-founder of Mindscape at Hanon McKendry, Hanon McKendry’s interactive division.

"Superadbowl.com gives those interactive viewers a place to go, immediately, and be part of the action."

> Go Daddy Back In The News For Super Bowl Ads