Verizon Wireless has partnered with Skype on a Skype mobile application that will launch on smartphones in March.

The move makes Verizon the first major U.S. carrier to offer Skype to its mobile users. The Skype mobile app is for smartphone users who have a data plan with Verizon.

Initially, Skype mobile will be available on smartphones with data plans including the BlackBerry Storm 9530, Storm 2, Curve, Droid by Motorola, Droid Eris by HTC and Motorola Devour. 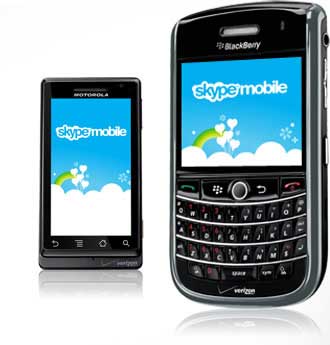 Key features of Skype mobile include:

*Instant messaging to other Skype users