This will put Twitter in front of a whole lot of people, considering that SoftBank claimed to have 22,092,600 subscribers in April.  Short of a deal with Japan’s first- or third-largest mobile communications company, that seems pretty hard to beat. 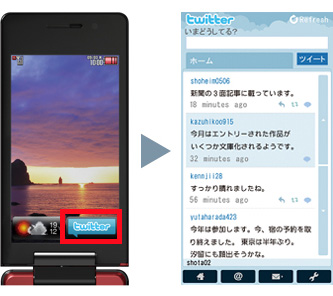 SoftBank isn’t going to wait very long to follow through on its promise, either, stating that the Twitter applications and widgets will be preinstalled starting this summer.  SoftBank’s even launching a "Twitter Omatome Site" that’ll be bookmarked by default, as well.

Twitter fans might just want to take note of one small detail before getting overly excited: Twitter is already rather popular in Japan.  It’s unlikely that there will be an explosion of new users, then.  We’ll perhaps see some new users and more activity from established users, instead.

May 18, 2010
Recent Posts
Registration is disabled.