Toy maker Mattel said today it is set to roll out a new product in the fall called "Puppy Tweets" that will allow dogs to send tweets to their own Twitter account.

Puppy Tweets is a plastic tag with a sound and motion sensor that attaches to a dog collar and connects to a USB receiver in a computer. The pet owner creates a Twitter account for the dog and then can receive tweets on a smartphone or desktop.

The tag features a number of pre-recorded tweets that are activated by a dog’s activities. If the dog is running around a tweet might read, "I finally caught that tail I’ve been chasing and OOUUCHH!" Everyone knows that if dogs could tweet that’s how they would sound. 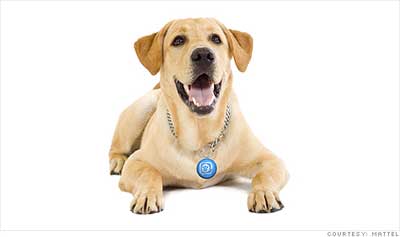 "Puppy Tweets capitalizes on two popular trends – the use of social media and real time communication, as well as peoples’ extreme love for their dogs," said Susan Russo, Mattel’s director of marketing.

Puppy Tweets will be available at retailers in the fall for $29.99. No word yet if there will be a similar product for cats or if Puppy Tweets can alert dog owners if their pet is having an accident on the carpet.

Big Changes on the Horizon for Digg