The Daily: An e-Paper For The iPad

Rupert Murdoch’s News Corp has launched The Daily, a e-paper-based daily newspaper exclusively for the iPad, and the early results are about what you’d expect:  rich, iPad-friendly content delivered with a subscription-based model.

In regards to The Daily, feelings of “meh” come from the product itself.  While the newscycle is all over the launch, has anyone stopped to ask who wants this application?  Even the most basic of iPad users surely understand that news can be gathered from a multitude of places, places even the iPad can access. 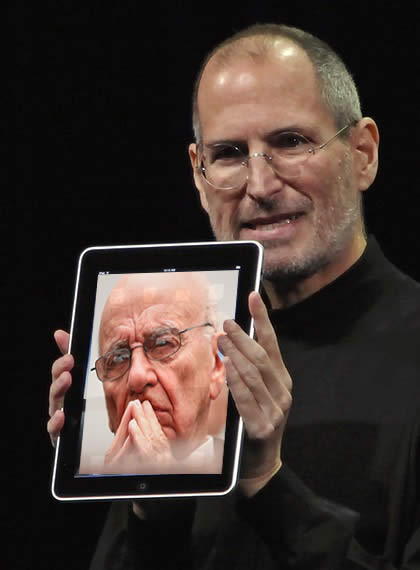 However, perhaps people are so committed to Murdoch’s style of news delivery (see The Sun and Fox News) that they’re willing to commit to New Corp’s latest foray into the world of technology.  Nevertheless, it’s hard to see this launch as anything but “much ado about nothing.”

Clearly, I’m in the minority, however, because the BBC, the Guardian and the prominent tech blogs are all over the launch of The Daily.

As indicated, the e-paper is a subscription-based product.  Users can either pay $40 a year or $.99 a week, and it will be available at iTunes.  According to the BBC, The Daily will feature articles, graphics, and video designed to work with Apple’s tablet, as Apple’s preference for HTML 5-based videos continues unabated.

Perhaps the biggest news is Apple’s use of a subscription model for the iPad.  The BBC says:

Apple has used the tie-up with News Corp to change the way it charges for subscriptions. It means that any publisher offering content via the iPad will have to use Apple’s payment method, known as in-app purchase, which in turn means Apple will get a 30% share of the revenue made from any subscriptions.

So while Rupert Murdoch’s launch gets all the publicity, Apple quietly positioned their subscription business model for their tablet to take even more developer money.  That’s right, in order to get your subscription-based content on the iPad, you have to hand over 30 percent of your profits to Apple.

The honor comes from Apple allowing your content to be on the iPad, I suppose.

As for The Daily, Gizmodo has some more details about what subscribers get from the e-paper:

• Over 100 pages of original news, life, entertainment, opinion and sports –
• every single day of the year
• Original video content
• A selection of articles read aloud
• 360 degree photos you can explore by swiping
• Immersive photography
• Interactive charts, info-graphics and clickable ‘hot spots’
• The option to save articles to read later
• Web-friendly versions of articles you can share via Twitter, Facebook and email
• In-app comments – including audio comments
• Your local weather
• Your favorite sports teams’ scores, news and feeds
• Crossword and Sudoku puzzles

In other related news, TechCrunch takes an early look at News.me, the New York Times’ answer to Murdoch’s Daily.  Apparently, in order to save the newspaper industry, the content needs to appear on tablet-based computing devices.