It’s a very rare marketer who believes he (or she) can ignore Facebook, according to new data from SeeWhy.  SeeWhy found in a recent study that more than three-quarters of marketers have in fact already incorporated or decided to incorporate the social network into their strategy. 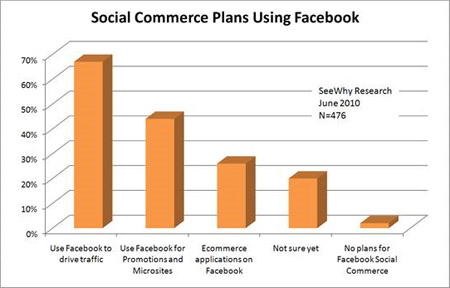 This data should be pretty reliable, considering that SeeWhy, which specializes in reducing website abandonment, had 476 marketers take its survey.  The numbers represent great news for Facebook as a result.

These findings make the site a sort of ecommerce hub, after all, which should help the company sell more than a few ads.  They could even clear the way for a virtual currency to really take hold, too.

Meanwhile, it’ll be interesting to see what happens to the small "Not sure yet" and "No plans for Facebook Social Commerce" groups.