Bloomberg Businessweek got the scoop that Apple CEO Steve Jobs has been ordered to answer questions in an antitrust dispute by a federal magistrate judge.

According to the publication, “Lawyers for consumers who filed the 2005 complaint won permission to conduct limited questioning of Jobs, under an order issued yesterday by U.S. Magistrate Judge Howard R. Lloyd in San Jose, California. The deposition can’t exceed two hours and the only topic allowed is changes Apple made to its software in October 2004 that rendered digital music files engineered by RealNetworks Inc. (RNWK) inoperable with Apple’s iPod music player.” 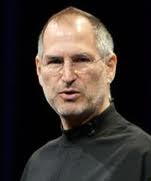 This is in reference to when RealNetworks launched service that enabled its music to be played through iTunes and on iPods, before Apple quickly updated its software to prevent that from happening.

Apple wouldn’t comment, but the judge said, “The court finds that Jobs has unique, non-repetitive, firsthand knowledge about the issues at the center of the dispute over RealNetworks software.”

Unable to show that the testimony of Apple’s other witnesses was inadequate, Plaintiffs sifted through the more than one million pages of documents Apple produced in discovery and could point to only a small handful of documents – two articles by PC World and the Associated Press, five emails, and an essay entitled “Thoughts on Music” by Mr. Jobs – as putative support for their theory that Mr. Jobs “was likely the architect of the exclusionary policies that are at issue.” A review of these documents reveals that Plaintiffs have mischaracterized Mr. Jobs’ involvement in any relevant conduct. Plaintiffs inability to identify any meaningful evidence after six years of litigation rebuts their sweeping characterizations of Mr. Jobs as “central” to this case.

The Bloomberg piece quotes Apple attorney David Kiernan as writing in a court filing in December:

It’s worth noting that the order for Jobs comes at a time while he is on medical leave from Apple.

Firefox 4 Official Release - Was It Worth The Wait?