Seesmic says that changes to Twitter’s User Streams API may "dramatically change" the Twitter experience on Seesmic Desktop. The company announced that it’s working with Twitter on testing the beta version of Seesmic Desktop 2.

"User Streams will allow tweets in your timeline (including mentions and direct messages) to show up instantly," says Seesmic. "Events and actions, such as someone following you, or someone marking your tweet as favorite will also appear in real-time, all without needing to refresh." 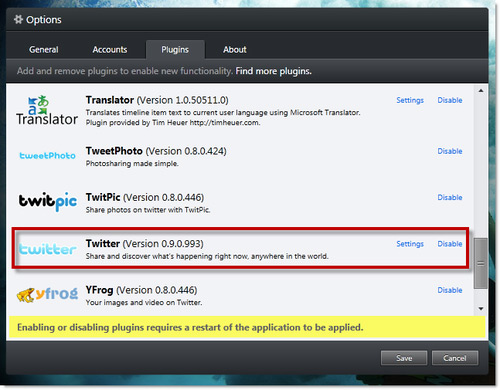 Seesmic is encouraging users of the beta to to activate the user streams via the plug-in settings.

Google Makes Some Adjustments to Gmail