RIM: Customers Tired of Being Told What to Think by Apple

Apple and Google have become known for taking shots at one another during announcements and presentations. We talked about this at length here. However, Google’s not the only target of Steve Jobs these days. BlackBerry maker RIM was on the receiving end of some other harsh comments from Apple’s CEO this week when the company reported its financial results for the last quarter.

Aside from pointing out that iPhone sales had surpassed BlackBerry sales, Jobs made comments like 7-inch screen tablets like RIM’s PlayBook, would be "dead on arrival".

RIM Co-CEO Jim Balsillie had the following to say on the company’s official BlackBerry Blog:

For those of us who live outside of Apple’s distortion field, we know that 7" tablets will actually be a big portion of the market and we know that Adobe Flash support actually matters to customers who want a real web experience. We also know that while Apple’s attempt to control the ecosystem and maintain a closed platform may be good for Apple, developers want more options and customers want to fully access the overwhelming majority of web sites that use Flash. We think many customers are getting tired of being told what to think by Apple. And by the way, RIM has achieved record shipments for five consecutive quarters and recently shared guidance of 13.8 – 14.4 million BlackBerry smartphones for the current quarter. Apple’s preference to compare its September-ending quarter with RIM’s August-ending quarter doesn’t tell the whole story because it doesn’t take into account that industry demand in September is typically stronger than summer months, nor does it explain why Apple only shipped 8.4 million devices in its prior quarter and whether Apple’s Q4 results were padded by unfulfilled Q3 customer demand and channel orders. As usual, whether the subject is antennas, Flash or shipments, there is more to the story and sooner or later, even people inside the distortion field will begin to resent being told half a story.

Reactions to Balsillie’s comments range from "You tell him, Jim" to "Come on Jim, you’ve gotta do better than that." For example, one reader commented:

"I read a transcript of what Steve said and just became disgusted. You killed it! This is why I will be a BlackBerry forever, y’all are good, honest people who make the best products.

If customers are tired of ‘being told by Apple’ …sales would reflect that? Come on Balsille, RIM needs to step up their game and you know it. 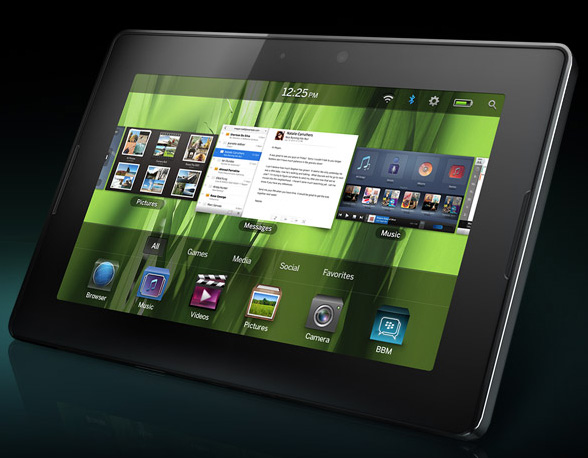 RIM’s PlayBook is due out next year, and when it ships, we’ll see how customers react. I’m guessing it’s not going to launch with the same hype the iPad carried, simply because Apple was first to the game, but that doesn’t mean it can’t sell well. Of course the market will be much more competitive soon. Apple and RIM will both have plenty of competition from manufacturers using Android for tablets.

I wouldn’t be surprised if the tablet market looks similar to the smartphone market for all three of these brands this time next year, in terms of brand market share. Sooner or later, Microsoft will get involved too.

The Intersection Of Marketing And Real-Time Search