Ranking The April Fools Pranks On The Internet

April 1st, a day that some cherish and enjoy, while others scoff at all the false information being released on the internet. You then have the people in the comment sections which are proud for discovering which news is fake, and is a prank. Which is followed by the people who show disappointment at being fooled. Some sites are better at April Fools than others, and here’s a list of the best I’ve come across today.

Why it’s on the list: While the video is obviously fake, IGN should be commended for really going the extra yard to provide some April Fools shenanigans. For the past couple of years, IGN has released video based pranks and “The Aurors” ranks as one of their best. If you’re a Harry Potter fan, you’ll especially appreciate it.

4. SlashTweaks is the Mad Libs of the Internet

Why it’s on the list: The most obvious online April Fools prank is to simply make up a story and publish it for people to either be fooled by or call out. Slashdot deserves a nod for letting the April 1st proceedings be interactive. Most of the stories presented on Slashdot today have a few keywords which allow users to change them to their liking. Although this will only be available today, it certainly provides an interesting idea which might work in some capacity.

Why it’s on the list: Like IGN’s prank, Toshiba really stepped up and put some dedication into their idea by creating a video. Unlike IGN, this isn’t a content provider but an electronics company who relies on innovation to sell products. Which is what makes their idea so great; they integrated the fake tech directly into their site.

They created a legitimate looking landing page which has this “Important Consumer Notice” – Refrain from using two Toshiba Spectacle 3D devices simultaneously in each eye. Doing so may cause each device to render the corresponding 3D image in 3D yet again, resulting in an uncomfortable and infinite loop.

Why it’s on the list: Google took all the ideas used in the three listed, besides SlashTweaks, and forged them into a super prank. They didn’t just create a video, they made three videos for Google Motion. Like Toshiba, Google integrated the prank link directly into one of their most used platforms, Gmail.

They didn’t stop there, Google utilized fake science to explain the reasoning behind Google Motion. I also have to give the idea its due because it’s the only prank to fake me out. In my defense, I didn’t read anything on the page, and went straight to the download link. Stupid call to action buttons. 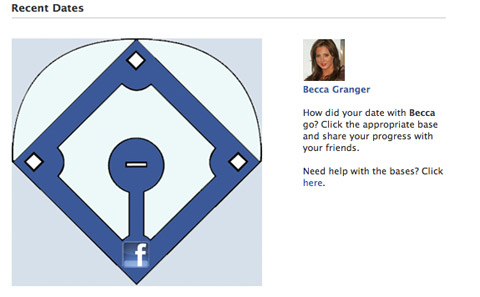 Why it’s on the list: This might be a controversial pick, because I imagine many people would select Google Motion over this TechCrunch story. Hear me out. One of the key ingredients to pulling off a successful April Fools prank is plausibility. Of all the pranks I’ve seen on the internet today, this is one which could potentially happen on some level in the future.

Although it has shades of being possible, TechCrunch went a bit too far which was probably on purpose so people really didn’t get in a stir over the fake news. They announced that Facebook and Zynga would be partnering up for a ‘Relationships’ product. The idea is pretty interesting. Users would be able to track people they are potentially interested in dating, and could engage in social games to help break the ice and get to know one another.

The first couple of paragraphs in the story really draw readers into something which might be believable. However, the deeper you read, the more ridiculous the features sound. For instance, the picture I posted above would allow users to post what base they got to with a date. I won’t spoil some of the other jokes, but needless to say it becomes even more extreme the further you read on.

Due to the drawing in of readers, and providing an article title which sounds believable, TechCrunch gets the award for best April Fools joke in 2011.

What April Fools jokes have you seen that deserve recognition for their dedication, plausibility, and final punch line?

mSpot Prepared to Battle with Amazon, Google, and Apple in Streaming Music