Earlier, Sony threatened those who hack their PlayStation 3s with permanent banishment from their Playstation Network.  Naturally, some of these would-be hackers didn’t take too kindly to Sony’s threats, and have responded with perhaps another hack that threatens to make a mockery of Sony’s method of punishment.

According to a post at Destructoid.com, some PS3 hackers have found a way to exploit an security hole that allows them to unban the banned accounts.  Not only that, but this exploit will allow these same hackers to actually other PlayStations, provided the pertinent information is available. 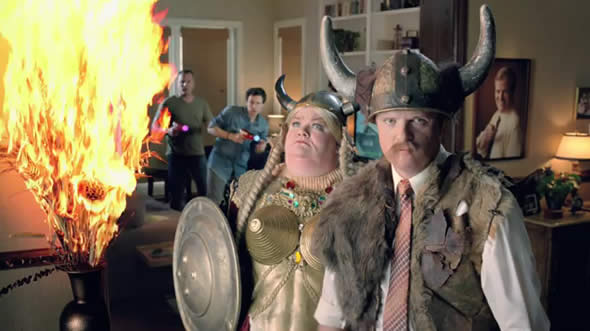 The hack can also be used to ban another console, although they’d need access to that console’s ID, which would have to be obtained from a refurb warehouse/secondhand seller or willingly given up by an idiot.

The mod scene is justifying its actions by calling Sony bullies and criticizing its strong-arm tactics. Sony, of course, is sticking by its EULA and claiming to protect its interests.

Clearly, the battle between hackers and Sony isn’t going away anytime soon.  In fact, the hacker community wasn’t the only group to respond to Sony’s threats of permanent banishment.   Over at the Inquirer, they took a decidedly different approach to their response than the one posted on WebProNews earlier today.

A quick glance at the title demonstrates the Inquirer’s stace quite well:

"INQUIRER readers tell Sony what it can do with its network"

As a supporter of ownership rights, that approach is understandable.  The very notion of a company telling you what to do with a product after you’ve purchased it is hard to swallow; but then again, no one wants to play with cheaters either. This isn’t to say all PS3 hackers are going to install aimbots and grief every legitimate player they come across.

Nevertheless, Sony has to be address those that do, and if banning them from the PlayStation Network is what they decide, so be it.

Provided the worm/hack Destructoid discussed is capable of doing what they say, I have little doubt PS3 owners will be asked to update their console yet again.  Obviously, this little "Sony versus the hacker community" war is setting up to be the gift that keeps on giving.

Bing Gets Behind "Future Of Search" Series