PS3 Fanboys Stand Up for Sony

Sony released a statement concerning their recent PS3 hacking issues, and while the content was about what you’d expect, the PS3 fans showed support for the decision by offering 15 pages of “here-here” comments.

Over at the Playstation 3 blog, a post discussed Sony Computer Entertainment’s statement concerning the “GeoHot” hubbub and how the act of PS3 jailbreaking is viewed around Sony’s parts.  Essentially, the posting echoed SCE’s sentiments about how they plan to terminate any PlayStation Network account if the user is found to be using hacked hardware; a necessary requirement if players are trying to cheat during games. 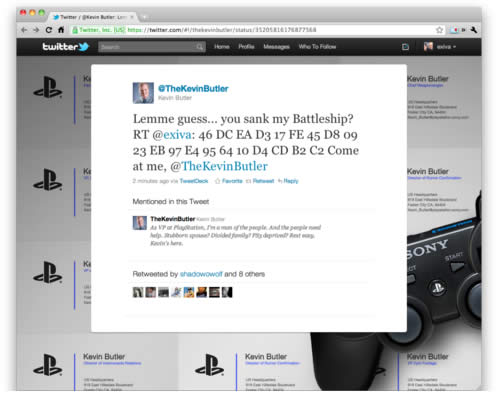 Circumvention devices and game piracy damage our industry and can potentially injure the online experience for you, our loyal PlayStation customers, via hacks and cheats. Many PlayStation.Blog readers have asked how we intend to deal with these incidents that they have been reading about in the gaming press, and this is our initial response.

By identifying PlayStation 3 systems that breach our guidelines and terminating their ability to connect to PlayStation Network, we are protecting our business and preserving the honest gameplay experiences that you expect and deserve.

While I fully support the right of consumers being allowed to do pretty much whatever they want to an item after they purchase it, I also support Sony’s stance of banning cheaters.  If you want to hack/jailbreak your system, Sony shouldn’t be allowed to stop you.  However, if you try connecting to their online/multiplayer game network with plans on using an aimbot on the latest Call of Duty, you should be punished if you get caught.

It’s a pretty simple concept, and one that clearly has a great deal of support from the PlayStation 3 community.  A quick glance at the mountain that is the 648 reader comments that have been added to the post — so far — finds almost unilateral support for Sony’s chest-puffing.  Here are some examples; although, I think the first one is confused by the various definitions for the word “pirate.”

The line breaks have been removed to conserve space.  All other [sic]s are left as they were found:

Well said. Pirates should be treated like the dirt they represent.  A Somali pirate just got 33 years in prison.

Thx. I support you Sony in this. I don’t want my experiences online to be crappy cause people wanna cheat.

Yep. “unauthorized or pirated software” isn’t just about not getting paid for software, it’s about people modding and hacking that software to support exploits, aimbots, etc.., all the things that make online play maddening and unsatisfying.  As community members, who want fun and fair experiences with our online games, supporting Sony on this is pretty much a mandatory.

There are a couple of cries of hacker support, but these are largely drowned out, at least, during the first few pages.  I didn’t go through every comment, but looking at the last page, the content is about the same.  A few “Go Sony”s and an ongoing discussions about how the PS3 Move’s “eye” is monitoring user behavior.

There is, however, someone who gets the big picture quite nicely:

There’s a really big picture that a lot of people are missing.  When you bought the PS3, you did gain ownership of that console. As long as that Playstation is never connected to the internet, you preserve the privilege to do WHATEVER your heart wishes with it. For instance, if the system is offline, the update was never prompted. You still have the Other OS option! If the PS3 is offline and you want to hack it until it screams your name, Awesome.

**Bottom Line** It’s your PS3 system, not your Playstation Network. Sony runs the network. If your ps3 is hacked and not connected to the internet, you never received the email asking you to uninstall the hack because that’s how they knew where to send the email.

Clearly, the lesson is, if you’ve hacked your PS3, stay away from Sony’s online game service.  Or don’t.  It’s up to each individual. If you want to grief other users with your “sick aimbot skillz,” don’t get mad when Sony kills your PlayStation Network account for good.  True, such a move doesn’t brick the system, but it does brick the idea of online play — at least with other, legitimate-in-Sony’s-eye, users.