Williams-Sonoma was named as the best online retailer during the 2010 holiday season, with an availability of 99.98 percent and an average response time of 11.58 seconds, according to a new report from web performance monitoring company AlertSite. 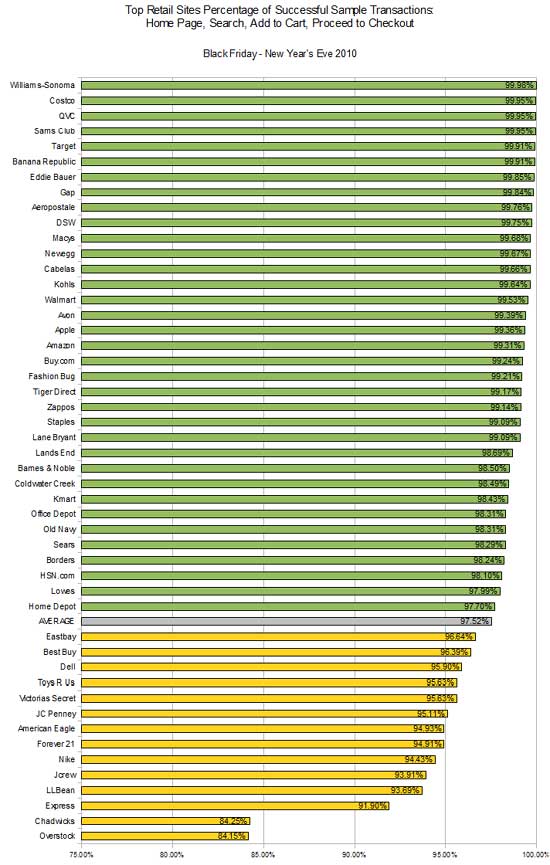 While no online retailers had a perfect performance (100% availability), the majority of them were above the industry average of 97.52 percent availability. The average time it took shoppers to complete a simple shopping transaction across all sites was 20.83 seconds.

"What this tells us is retailers are learning from past experiences, and putting time and resources into testing the performance of their sites before the holidays arrive,” says Ken Gross, president and CEO for AlertSite.

“Year over year, the occurrence of major website outages or slowdowns during the holidays decreases—evidence of retailers’ increased understanding and grasp on their Web performance metrics.”

“An hour of website downtime or even minor slowdowns can cost retailers thousands of dollars. During the holidays, the stakes are even higher. No retailer wants to miss out on the many opportunities for revenue and customer-relationship building that are available during this season, especially after investing so much to lure shoppers into their cyber stores,” said Gross.