Social Media privacy has been the center of much attention, particularly since Facebook announced its plans to take over the web. MySpace, once considered Facebook’s chief rival, has just announced that it has a new Chief Privacy Officer.

A MySpace representative tells WebProNews Jennifer Mardosz will be assuming the role effective immediately. She’s been with the company since 2007, in the role of Vice President of Business & Legal Affairs. Since that time, she has led the company’s the company’s global Law Enforcement program. She has also played a key role in advising the company on safety, security and privacy issues. 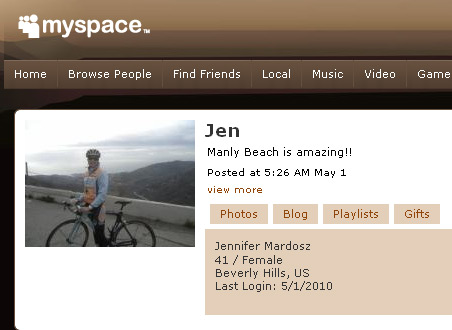 Before joining MySpace, Mardosz worked as Corporate Counsel and Chief Privacy Officer for Qwest Communications. She also led the company’s internal investigations and ethics and compliance teams, and an effort to re-write the company’s code of conduct.

Before that, she worked as an Assistant U.S. Attorney in the District of Colorado, prosecuting federal crimes including internet crimes, particularly those against children. Clearly this is the kind of thing that causes the most concern with privacy and social media.

Mardosz works closely with both the product and customer care teams at MySpace. Now she will lead the Safety, Security & Privacy team from the company’s LA office, and be responsible for managing the risks and business impacts of privacy laws and policies for MySpace. She’ll report to General Counsel, Lin Cherry.

May 3, 2010
Latest Posts
Registration is disabled.