MySpace and MTV.com are partnering to bring live streaming coverage of celebrities at Comic-Con.

Starting Thursday, July 22, daily live shows will be hosted by MTV Movies Editor Josh Horowitz and will stream on MySpace and MTV’s homepage. Users will be able to post comments and questions in real-time for a chance to have celebrities answer live. 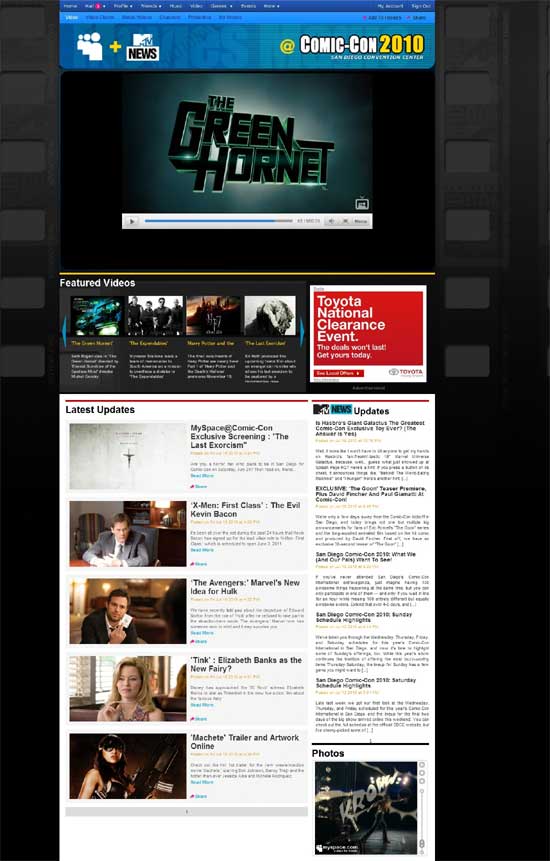 The lineup includes the following:

MySpace and MTV will also offer coverage about Comic-Con via blogs, videos and photos.