Rupert Murdoch is excited about tablets. The Guardian has a piece quoting him as calling them "a perfect platform" for cheap and convenient, up-to-date News Corp. content. He says the company has "tens of thousands of readers" through apps for the Wall Street Journal, the Times and the Australian.

Engadget reports that Apple’s Lala music team may be working on a video streaming product for a launch sometime this year, based on findings from CNET.

Gizmodo discusses an Apple iOS exploit that gives complete access to iPhones, iPods, and iPads – any device running version 3.1.2 of the operating system or higher.

Speaking of exploits, BBC News reports on one that lets attackers use router id numbers, a geo-location feature in Firefox, and a Google Street View database to find out where web users are physically.

Google has a post on its European Public Policy blog talking about "worrying restrictions on Internet access in Russia." This has to do with the previously reported banning of Youtube from ISP Rosnet by a Russian district court. Google points out the irony that comes along the Russian President’s own YouTube channel: 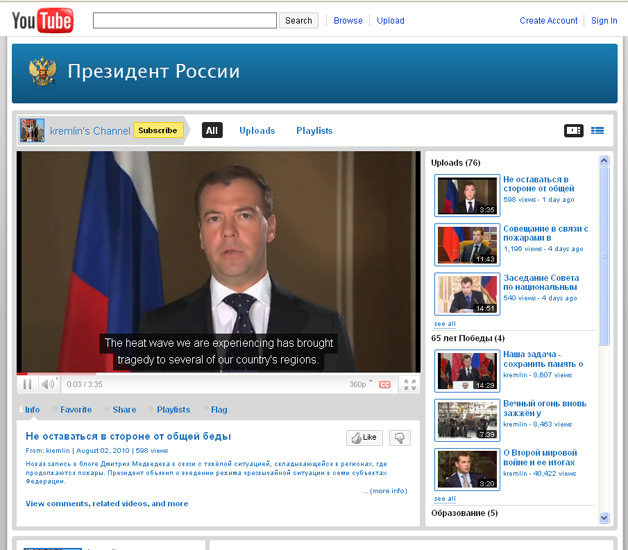 According to NewTeeVee, Ustream has handed over user IP addresses to UFC (Ultimate Fighting Championship), which has taken issue with unauthorized live streams appearing through the service.

Microsoft was in New York talking up speech technology today. The company’s general manager of it Speech Group, Zig Serafin, demonstrated speech tech in the upcoming Kia UVO multimedia and infotainment system, in Windows Phone 7, and in Kinect for the XBox 360.