More than two-thirds (69%) of adult Internet users have used the Internet to watch or download video, representing 52 percent of all adults in the U.S., according to a new report from the Pew Internet & American Life Project.

Fifty percent of adult Internet users have viewed a comedy video online, up from 31 percent in 2007, and 38 percent have watched an educational video up from 22 percent.

Thirty-two percent of adult Internet users have watched movies or TV shows online up from 16 percent three years ago. 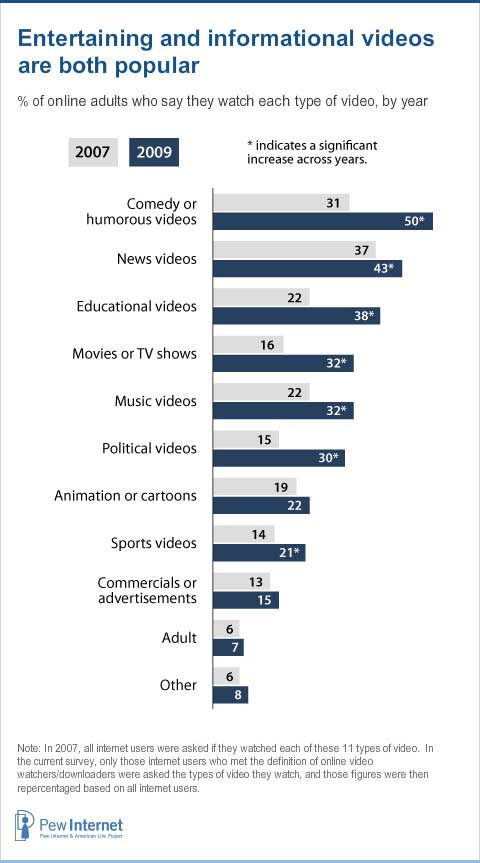 "We are seeing a surge in online video watching that is driven by a combination of broadband access, the increasing use of social networking sites, and the popularity of video-sharing sites," explains Kristen Purcell, Associate Director for Research at the Pew Research Center’s Internet & American Life Project and author of the report.

"To tap into these trends, untold numbers of websites now showcase online video as part of their content." 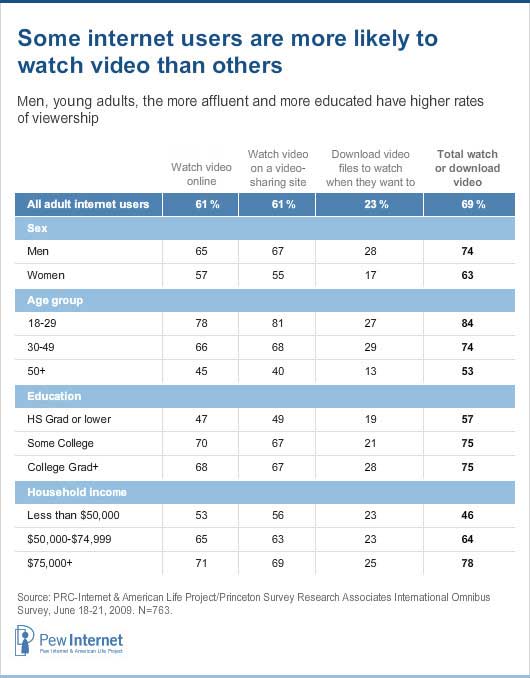 While video-sharing is growing in popularity, adult internet users have mixed feelings about how much they want to share.   While 31% of uploaders say they "always" place restrictions on who can access their videos, 50% say they "never" restrict access. The remaining 19% fall somewhere in the middle.

The survey found among video uploaders, there is almost universal appreciation for the ease with which video-sharing sites allow them to share video with family and friends.  But a considerable number (35%) also feel they should be more careful about what they post.  And while 39% of uploaders express the belief that only people they know will see the videos they post, an equal number (41%) say they are surprised by the number of people who watch their videos.  Another 28% say that sharing videos online has helped them meet new people.

Google Gives In To European Regulators