Microsoft has released a new web development tool called WebMatrix, which the company says is designed to let developers of "all skill levels" create, customize, and publish websites to the Internet.

WebMatrix brings together a Web server, a database, and programming frameworks, letting users code, test, and deploy both deploy both ASP.NET and PHP applications side by side. It also includes built-in SEO features.

Users can run an SEO report and find how to make their sites more visible to search engines. Microsoft says the product "provides clear guidance on how to make your site better, and even offers to take you right to the file in your site you need to fix." 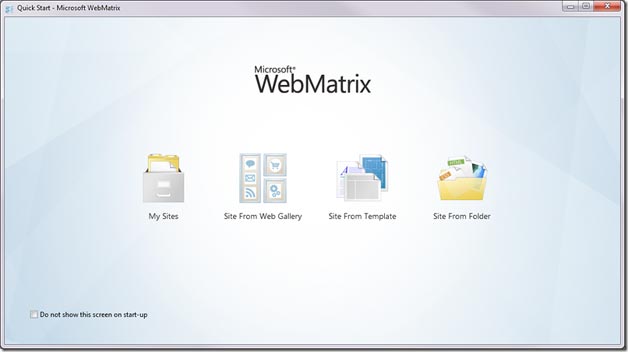 "Our Web platform offers a complete ecosystem of products, partners and technologies all aimed at helping developers succeed on the Web," says S. Somasegar, SVP of the Developer Division at Microsoft. "Every day, more people are looking to build, publish and manage a website, and now, with WebMatrix, we provide developers of all skill levels with a sophisticated, yet easy-to-use solution to get their sites online."

According to the 2010 numbers from Royal Pingdom, there were 255 million websites as of December, with 21.4 million added in 2010. As of June, there were 1.97 billion Internet users worldwide.

WebMatrix is available in nine languages so far.