Update: Cuban has now posted a lengthy explanation of his stance on Google. Essentially, he appears to view Google as helpful if not necesary for lesser known brands, but as a bad business decision for big names in the news industry.

Oriinal Article: The always outspoken Mark Cuban has contributed his thoughts on the whole news aggregation/Google News/publisher debate, one that is most often credited to Rupert Murdoch. It appears that Cuban has a similar opinion on the matter.

Cuban spoke at a keynote address this week at the AlwaysOn OnMedia NYC 2010 Conference, and is quoted by numerous sources as calling Google in particular a "vampire."

"When you think about vampires, they just suck on your blood," he is quoted as saying, reportedly telling newspapers and other publishers to "show some balls" and block Google News and, "There’s absolutely no reason for you guys to be indexed on Google News … if they don’t pay you." 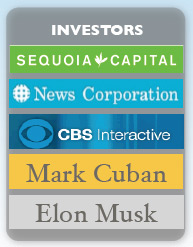 Michael Arrington points out that at the TechCrunch50 conference in 2008, Cuban said he’d like to be an investor in TechMeme, which provides a similar service to Google News and other aggregators. In addition, Danny Sullivan at Search Engine Land notes (in great detail) that Cuban is an investor in Mahalo, which actually "touts to advertisers how it taps into Google to generate page views."

While on the topic of the news industry debates, the topic of charging for news is always a conversation starter. The Wall Street Journal has taken down its pay wall for the day, giving users access to articles that would otherwise require a subscription to access. The effort comes as the result of a sponsorship from Acura (Via SIA).