The folks over at Hidden must be pretty excited right about now.

The Watford, England based company has become the focal point of a story out of Oakland, California about a guy who successfully retrieved his stolen MacBook by using their tracking software.

On March 21st, Joshua Kaufman’s MacBook was stolen from his apartment. He reported the crime to the police, but wasn’t given much initial support due to lack of resources. I guess computer theft is pretty low down on the priority list for a busy law enforcement staff. So Kaufman activated his account he had with Hidden, an OS X app that spies on and tracks down computer thieves.

After collecting the necessary information, Kaufman presented the evidence to the Oakland Police Department. For nearly a month, he didn’t get any response from the PD. Last Friday he set up a blog titled “This Guy Has My MacBook,” and within a few days it had gone viral. On Tuesday, the Oakland PD set up a meet with the purported thief (he’s a cab driver) and arrested him. Kaufman tweeted this last night:

So what exactly does this Hidden application do? Once downloaded, users set up a username and password. Once installed, it runs in the background on your Mac device. During this time, it doesn’t collect any information from your computer.

When that horrible day comes when someone is able to make off with your computer, you activate Hidden by logging in on their site and clicking “Stolen.” This alerts the program to begin doing its job.

Hidden suggests that users create a guest account on their computers. Having an account that isn’t password protected will encourage the thief to actually use the computer instead of just selling it quickly. And the thief needs to use the computer for Hidden to work properly.

Once you activate the tracking feature, Hidden is able to find your stolen computer in locations around the globe. To do this, Hidden employs location positioning company Skyhook. They have built a location database of over 250 million wi-fi and cell access points by driving around, gathering information in thousands of cities worldwide.

The location tracking is definitely the core function of retrieving your lost computer, but the other two features provide for a lot more lulz. Hidden uses the built in camera on your Mac to covertly snap photos of the thief as he uses your computer. In the case of Kaufman’s stolen MacBook, Hidden took pictures of the thief all over the place – shirtless in bed, in his car and asleep on the couch: 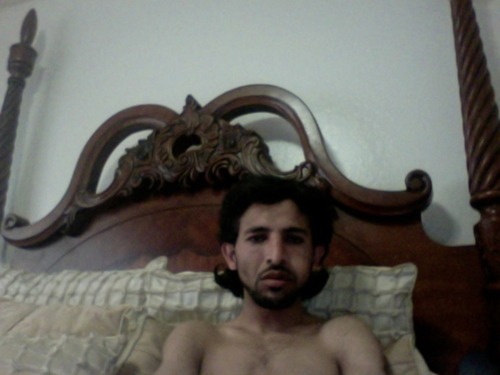 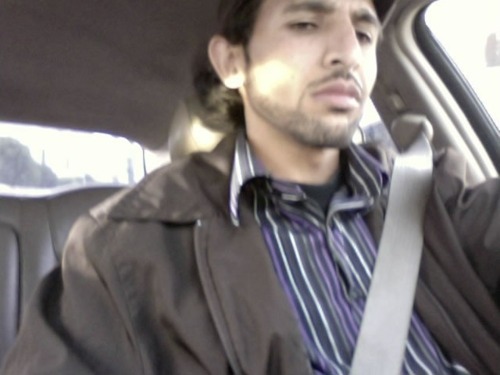 The Hidden app also takes screencaps of the thief using your computer, to track exactly what he’s doing. In Kaufman’s case, he caught the thief trying to delete his account and logging in to Facebook.

Hidden will run you $15 a year for your personal computer, and have plans to protect up to 100 computers for $395 a year. It’s awesome for a company when free, real-life, newsworthy advertising falls into their lap. But hey, when your app does its job, you deserve it.