Four percent of online adults use a service such as Foursquare or Gowalla that allows them to share their location with friends and to find others who are in their area, according to a new report form the Pew Internet & American Life Project. 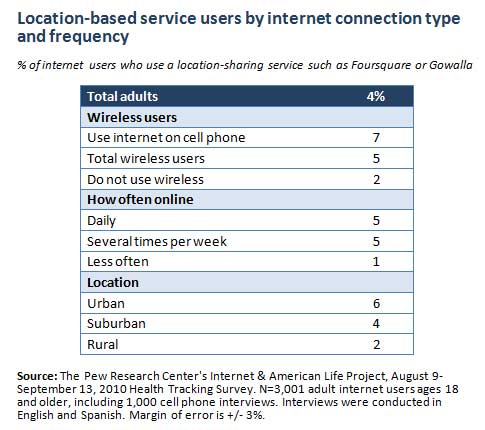 Internet users who use social networking sites such as Facebook or MySpace and those who use status-update services such as Twitter also have relatively high levels of location-based service usage:

*24% of online adults use Twitter or another service to share updates about themselves or to see updates about others. Ten percent of these status update site users use a location-based service, over twice the rate of the general online population.

New York: Where It's At for Startups?

Breeding Good Ideas and Fostering Innovation in Your Company