LinkedIn’s Board Of Directors Gets New Member

Boards of directors tend to stay in the background at most companies; when it comes to people, you’re much more likely to hear about the CEO, a VP of something or other, or even some hotshot engineer.  But LinkedIn’s board has a new member this morning, and Michael Moritz brings a lot to the table.

Educated at Oxford, Moritz has previously served on the boards of directors at Google, PayPal, and Yahoo.  He’s on five other boards right now, too, and also acts as a managing partner at Sequoia Capital.

Jeff Weiner, the CEO of LinkedIn, stated as a result, "We are very pleased to be adding Mike’s perspective and depth of experience to our board.  Mike brings an impressive range of knowledge and expertise which will be invaluable to the company as we work to continue to grow our business around the world." 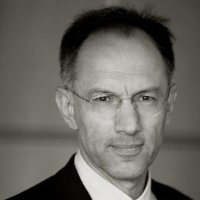 Part of that growth might come in the form of an IPO.  The possibility of one’s been batted about for quite a while, and with Facebook perhaps going public in the near future, LinkedIn-related rumors have become even more ubiquitous.  Facebook could steal the spotlight – and hog a lot of investors’ cash – if it went first, after all.

Anyway, LinkedIn’s board of directors hasn’t grown due to this development.  Moritz is replacing Mark Kvamme, who’s moving on to become director of the Ohio Department of Development.

Moritz does join the board less than three months after Stan Meresman joined it, however, again signaling that big changes may be in the works.