While "selling" to people using Facebook isn’t always the best idea if you want to maintain a good brand reputation, Facebook does of course offer advertising, which gives you the opportunity to do that without spamming your "friends" or "fans".

WebProNews recently sat down with Janet Driscoll Miller of Search Mojo, who spoke a little about this and using landing pages within the social network. 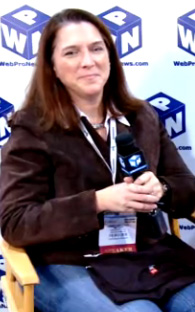 There are limitations that come along with Facebook landing pages, but the good probably outweighs the bad.

"One of the drawbacks being (of landing pages in Facebook) they’re only 520 pixels wide, which is real narrow, but it’s going to give you a lot more opportunity to do some testing there," said Driscoll Miller. "But a lot of companies aren’t doing that today."

"We’re finding that when you land people on pages within Facebook when you advertise in Facebook, you tend to have a higher conversion rate," she added. "They’re staying within that application. So I think that’s an important thing for people to start considering and testing with their Facebook ads."

"I think that the jury is still out on whether or not you want to have a specific landing page for Twitter or any other type of social media," Driscoll Miller told WebProNews. "But I think Facebook probably is the leader right now, just because of their advertising platform, and finding that you can do a little more testing in there now, especially with iFrames coming, and that you can land people directly in Facebook, and still have them do things."

"But I know there’s been a lot of discussion about should you land people from Twitter on a landing page specific to a particular campaign," she added. "I think what I’ve been hearing from people is mostly that you don’t want to try and sell to people directly through Twitter. Nor do you with Facebook, but a Facebook ad…that’s a different story."

You probably know by now that it’s in bad taste to just post updates with your marketing message all the time. Like Brandon Eley of Kelsey said in an interview, you have to know the rules of the community, and Facebook and Twitter have "unspoken rules" that just make you look bad if you engage in this kind of activity.

"So you wouldn’t want to be spamming people with a bunch of status updates and say, ‘20% off,’ ‘by now,’ and that sort of thing,’ said Driscoll Miller. "But you want to be a little gentler for using a status update versus using a Facebook ad."

You may consider having a special section of your site dedicated to social, and it’s possible that this could lead to a more sales-driven Twitter account.

"Maybe it’s deals that you get through Twitter," explained Driscoll Miller. "’Here’s my deals page and I’m tweeting the deals of the week’ or something like that, but you have to be real careful that you don’t offend the people who are following you. And they’re not necessarily following you just because they want deals or that they want to be spammed with your deals."

In other words, if you have this kind of Twitter account, it should probably be clear that this is the intention of said account, and maybe you should have a separate one for your main account.