A new “grown-up’s picture book” authored by Keanu Reeves seems to take inspiration from or at least capitalize on one of the most enduring internet memes of all time, Sad Keanu (Keanu is Sad for purists). But according to The Matrix star and thoughtful sandwich eater, the new book predates any of this silly ol’ internet stuff.

The book, entitled “Ode To Happiness” features text by Keanu and illustrations by Alexandra Grant. It features reflective, often depressing and borderline self-pity phrases bolstered by inky illustrations. According to the book’s official site –

In the tradition of a classic “hurtin’ song,” the text externalizes what is typically an internal monologue, a spontaneous, melancholy incantation of near-hopelessness—and in so doing, subtly pokes fun at it. The images—beautifully realized in somber inky washes of black on white—reflect the dark and light, the pathos and humor of the text. Neither entirely earnest nor wholly ironic, the book is ultimately completed by the reader, who brings his or her own experience to its interpretation

In an interview with the Guardian, Keanu says his inspiration came from depressing music on the radio. He just started writing melancholy things down. These musings got in the hands of Grant, who drew the images, and the book was born. 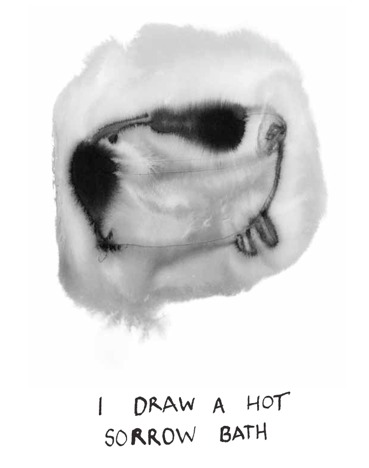 Of course, the news of this project immediately engenders thoughts of Sad Keanu, the meme that took the interwebs by storm last summer. A brief history of the meme to follow:

Sometime in May, 2010, a photo was snapped of Keanu Reeves sitting alone on a bench, eating a sandwich. In the photo, Keanu seemed to be sad, morose, contemplative – whatever you want to call it. The photo became popular on Reddit, and then exploded for mememakers everywhere. Shopping the picture of him on the bench into various locales became huge and SadKeanu.com was born. Eventually the site was hit with a DMCA takedown notice for the use of the photo. Here are a couple of the best Sad Keanus out there – 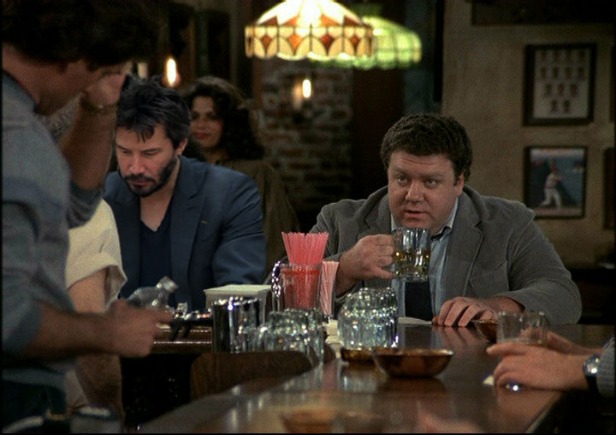 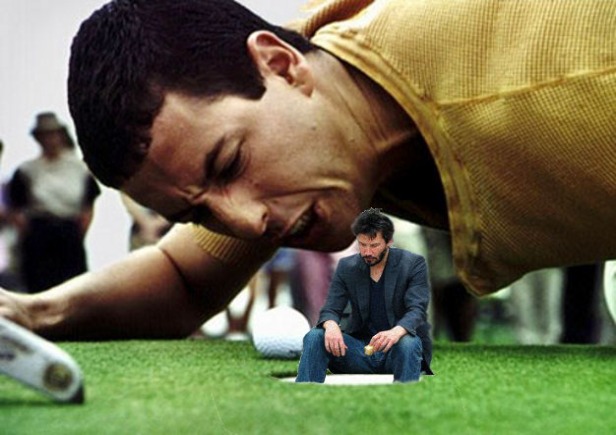 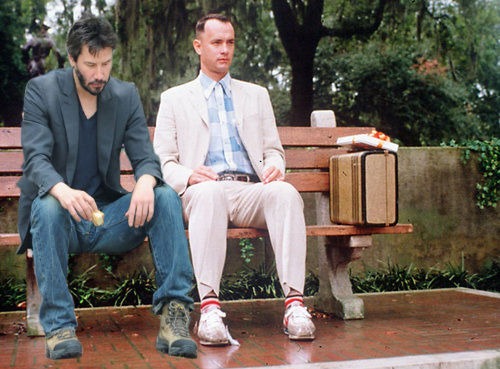 The Sad Keanu Meme even inspired its own holiday – Cheer Up Keanu Day. Also titled Operation: Happy Reeves, the organizers encouraged people to send letters, gifts, messages and donations to cancer charities on June 15th to cheer up the sad actor. Here’s the accompanying video –

So it’s not surprising, then, that this new picture book feels like some sort of self-aware project, motivated by his enormously popular internet presence. But Keanu has said that this is not the case. From the interview with Guardian –

I can’t resist asking if Cheer Up Keanu Day was in any way responsible for Reeves’s current ebullience. Did he even know about it? “Oh, the internet deal,” he says vaguely. “It was brought to my attention. Yeah, it was funny. But no, the book predates that by a long time. We finished it in August 2009. It is hopefully, in a quiet and enjoyable way, transformative. The kind of thing that takes you from this one place to another – to look at yourself and, y’know, it can always be worse. I hate that sentence: of course it can always be worse!”

“Ode To Happiness” is not going to be very easy to find. There is an original pressing hand-bound 4,000 copy run, only available in the U.K. Amazon has a hardcover edition listed for $34.65, which they say will ship in 1 to 3 weeks. This usually means they have limited quantity.

Even if Keanu began this project before the infamous Sad Keanu photo was taken, there’s no denying that the meme will do wonders in promoting his new book.