To determine which device loaded Web pages faster, Blaze took over 45,000 measurements on sites optimized for the mobile experience and on non-mobile sites. 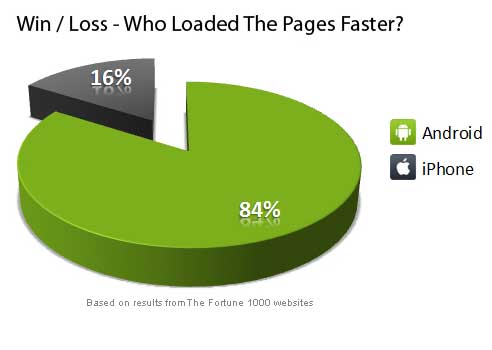 Android finished loading a Web page faster on 84 percent of the 1,000 websites tested. The study found that even with significant JavaScript performance gains in the latest Apple iOS 4.3 release and Google Android 2.3 releases, these improvements made no measurable difference on the actual page load times of the sites tested.

“We were very surprised by the results”, said Guy Podjarny, Blaze CTO and Co-Founder.

“We assumed that it would be closer race and that the latest JavaScript speed improvements would have a more material impact on performance. The fact that Android beat iPhone by such a large margin was not expected”.