Word has quickly spread that the iPad 2 will become available at select RadioShack stores starting on Tuesday.

Apple news site MacRumors obtained a screenshot from an internal RadioShack memo, which says, “We are thrilled that iPad 2 will be available at 500 RadioShack locations across the country starting March 29! Details have been sent to these stores.” The publication claims to have confirmed this will store representatives.

The iPad 2 would certainly go a long way in improving Radio Shack’s offerings in the Tablets & E-Readers category. Currently, theCoby MID1025-4G Kyros 10.1″ Touchscreen Tablet is leading the pack (at least on price) on Radioshack’s website. 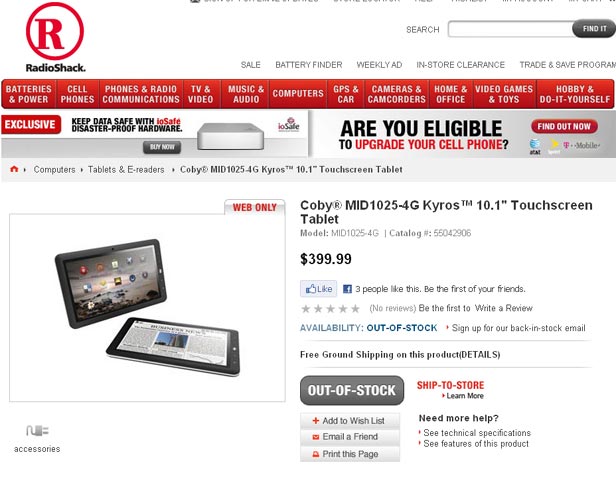 Other retailers that are currently selling the device include Best Buy, Target, Walmart, Verizon, AT&T, and of course Apple itself.

On Friday, the iPad 2 went on sale in 25 additional countries, and quickly sold out in both the UK and in Australia, according to reports.

Apple has yet to disclose sales numbers on the iPad 2.