Millennial Media released its latest Mobile Mix report, looking at the impact the Verizon iPhone has made, as well as the growth of tablets/connected devices. In addition, there is some data on apps, and a comparison of different platforms, based on app revenue.

Following is a chart illustrating just that. Keep in mind this data is for the month of March: 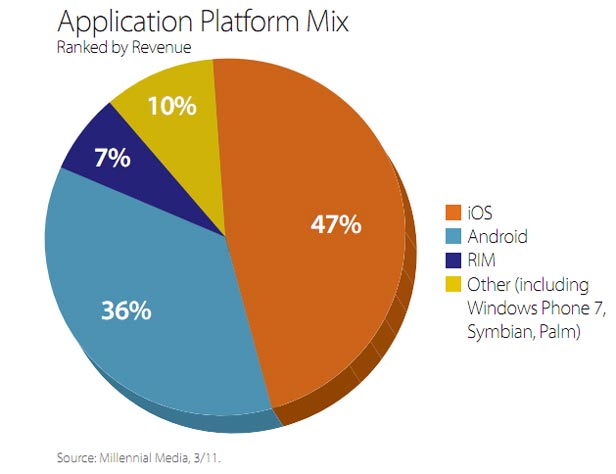 Also interesting is the rate of Android market share growth, compared to that of iOS: 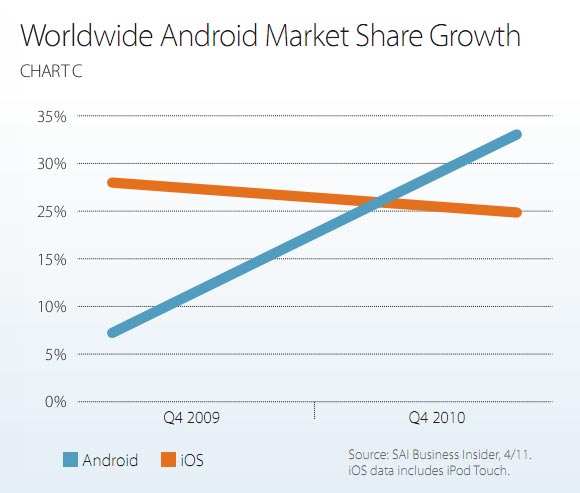 Here are some highlights:

To put the firm’s data in context, Millennial’s network reaches 90.3 million monthly users in the U.S.

Apple Adds Do Not Track