India is often considered a place of car guys’ nightmares, where the roads are packed with vehicles and anything from a motorcycle to a bus is likely to swerve across lanes and run red lights.  But Indian police are now addressing the problem in an innovative fashion, using Facebook as a sort of crowdsourced traffic camera.

The Delhi Traffic Police have established a Facebook Page for the sake of allowing citizens to post photos of lawbreakers.  The Page has proven quite popular, collecting around 17,700 fans to date.

What’s more, almost 3,000 photos have been posted, and those have led to 665 tickets being issued so far. 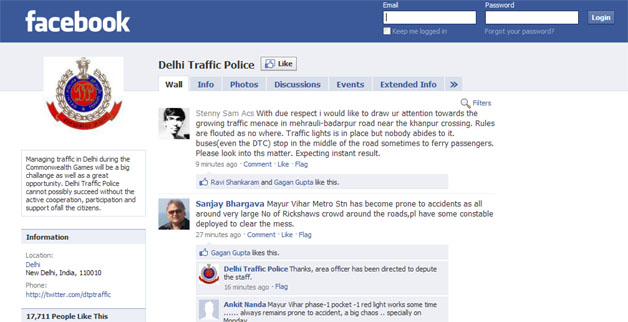 There are potential problems, of course.  Photoshop represents a threat of sorts, and people have been warned not to photograph other drivers while they’re also behind the wheel.

Still, it’s perhaps possible to judge the success of the program by a fact Heather Timmons reported after interviewing New Delhi’s joint commissioner of traffic: "The Delhi Traffic Police now have a dedicated team of four officers who monitor the Facebook page around the clock . . ."

The Hotlist Comes to the iPhone