Hulu Plus Makes It To PS3

Although a fair number of people have hooked computers up to televisions, and a few folks might be willing to stare at their monitors for hours on end, a new development should help Hulu reach a much larger crowd.  Hulu’s now available through the PS3.

A couple of quick notes regarding the current state of things: only PS3 Plus subscribers are allowed access to Hulu Plus (meaning there are two fees involved), and this is still considered a "limited preview," so even among PS3 Plus subscribers, not everyone will be allowed to participate. 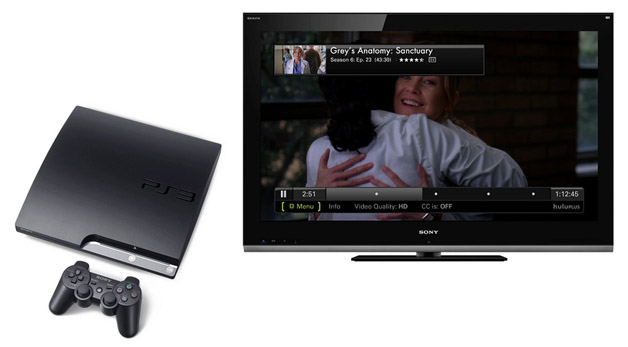 Panico wrote, "As Hulu Plus becomes generally available in the coming months, all PlayStation 3 users in the United States will be able to download and subscribe to the full Hulu Plus service and it will also be available on wide range of Sony Electronics Internet-connected entertainment devices, including select BRAVIA TVs and Blu-ray Disc players."

So lots and lots of people should soon be able to enjoy Hulu Plus on a big screen from the comfort of their couch, which should result in a lot of new interest in the service.  After all, however you feel about the commercials, the content selection, and the price of Hulu Plus, at least a folks who have already paid for those entertainment devices will probably opt for a pay service, as well.

Now we just have to wait and see whether their numbers are large enough to make Hulu Plus a genuine success.