Ryan Lawler at NewTeeVee points to a Bloomberg interview with HBO co-president Eric Kessler, who mentioned plans to make HBO on-demand content available on more devices like the iPad, but not for Netflix streaming, because its loyalties are with cable companies. Of course Netflix does offer HBO shows after they arrive on DVD.

PCWorld points to a Taiwanese newspaper, which says Apple is readying another tablet device similar to the iPad, but with a 7-inch touchscreen. PCWorld notes that the publication the report stems from also correctly reported that Apple had been working on a tablet (the iPad) when others were reporting it would be a netbook.

Google announced that Google Calendar Sync now supports Outlook 2010. "Making sure that your calendar is available to you whenever and wherever you need it is important. That’s why Google Calendar works with a number of desktop applications and mobile devices including iCal, iPhone and iPad, Blackberry, Android, Nokia/Symbian, and Windows Mobile phones," says Google’s Alice Brown. 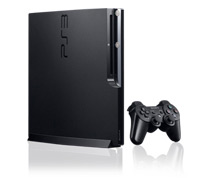 Sony announced that the Playstation 3 will get higher capacity hard drives in North America this fall. 160GB and 320GB Hard drives will be offered.

Microsoft has released a new Windows Live Essentials beta with geotagging with Bing Maps. "This provides location context to a photo such as where the photo was taken or the ability to sort your photos by location. You can tag the photos to the fidelity of your choosing," says Bing’s Chris Pendleton.

There is an interesting article from Wired that is getting a lot of attention, which proclaims that "the Web is dead." It’s a very interesting read, and I have my own thoughts on this subject, which I will be covering in an upcoming article.

Microsoft and Yahoo announced today that Yahoo is starting the transition of showing Bing results for U.S. and Canadian searches this week. Yahoo also announced that it will shut down SearchMonkey in October, but will keep BOSS around.

Facebook is expected to announce its long-awaited location feature tomorrow, and Foursquare had the good sense to tweak its own privacy settings ahead of the media firestorm that is sure to head Facebook’s (and the entire space’s) way regardless of whether or not Facebook handles it the right way.