The self-proclaimed "leader in advanced addressable advertising solutions for television" has received financial backing from Google.  Google – along with several other organizations – participated in a funding round that won Invidi Technologies over $23 million.

This should bring Google and Invidi much closer together, considering that they’re now supposed to work together on certain unnamed projects.  Shishir Mehrotra, Director of Product Management for Google TV Ads and YouTube Ads, has actually joined INVIDI’s board of directors as a result, too.

Mehrotra explained Google’s interest in taking these steps by stating, "INVIDI Technologies is actively advancing the growth of addressable technologies, which brings more relevance to TV viewership and advertising.  We’re happy to join INVIDI’s investors, and we’re looking forward to seeing continued progress in this space." 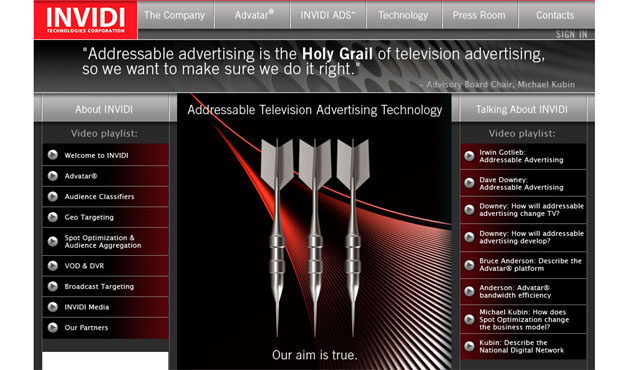 As for the other investors, they include GroupM (an advertising media giant that participated in a previous round of funding), Motorola Ventures, and Menlo Ventures (which has supported Hotmail, Ironport, and Siri).

Venture capital firms InterWest Partners and EnerTech Capital took part in this series D round of funding as well.  Unfortunately, a breakdown of which entity supplied how much money to Invidi isn’t available.