Google announced the launch of a new omnibox API for Chrome. This means developers will be able to do new cool things with the omnibox (the address bar in Chrome, which also serves as a search box).

"One of the most powerful aspects of Google Chrome is the omnibox, also known as the address bar," says Google software engineer Matt Perry. "You can type URLs and searches into one unified place and it all just works. With the new omnibox API, extension developers can make the omnibox even more powerful."

"The omnibox API lets extension developers add their own keyword command to the omnibox," he adds. "When the user types a query prefixed by this keyword, the extension can suggest potential completions and react to the user’s input."

He points to an example where an extension lets you search and switch between open tabs from the omnibox: 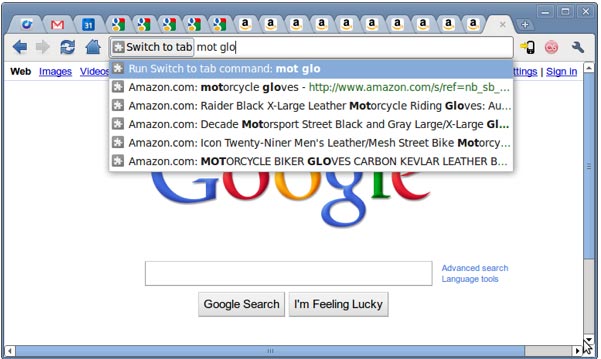 The announcement of this is quite interesting. Earlier this week, there was talk of Google looking at a potential UI design for Chrome that would actually eliminate the address bar. This was referred to as "compact navigation", and is explained on this Chromium Projects Window UI Variants page.