Google Knocked By Another Financial Analyst

Not all is lost.  Jason Helfstein still feels Google’s doing well in the U.S., and even believes the company deserves an "outperform" rating, which is about as good as it gets.

Also, people who have invested in Google can’t complain about the company’s performance on the stock market today, given that shares rose 1.41 percent. 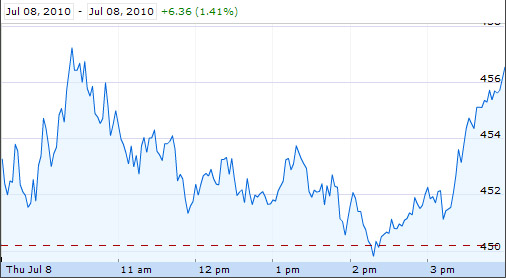 And those, viewed together with the price target chop, are some fairly significant reductions.

It might be wise for everyone not to get their hopes up in advance of Google’s second quarter earnings report, which is scheduled for next week, then.  Or maybe Google will pull off one of its semi-routine miracles and just wow us more than usual.