Google has launched a new photo browsing experience in Google Earth, which includes a new photo cluster feature. This is designed to make the browsing process quicker and easier.

When you’re looking at a location on Google Earth, you’ll see photo icons scattered around (as pictured above). There are larger ones that show when there is a cluster to browse. You can click on any of the icons to view photos in a new window.

From there, you can navigate with your arrow keys. 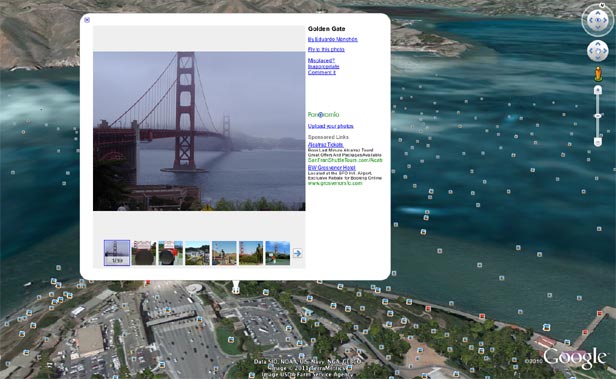 “Whether you’re deciding between Paris, Beijing or Venice for a nice vacation or simply want to go on a quick virtual getaway after a long day, we hope this new way of viewing photos in Google Earth helps bring places around the world to your fingertips,” says Google’s Wei Luo.

Users can of course contribute photos by uploading them to Google’s Panoramio.com service.

It has been a busy week in the Google Maps/Google Earth department. Aside from this, Google launched Google Earth Builder for businesses. This lets businesses use Google’s cloud to manage geospatial data, create custom map layers, and share Google Earth/Maps layers.

Google also launched Map Maker in the U.S. This lets users add and update locations in Google Maps. According to Google, 30% of the world now has accurate online maps of their communities thanks to Map Maker submissions. 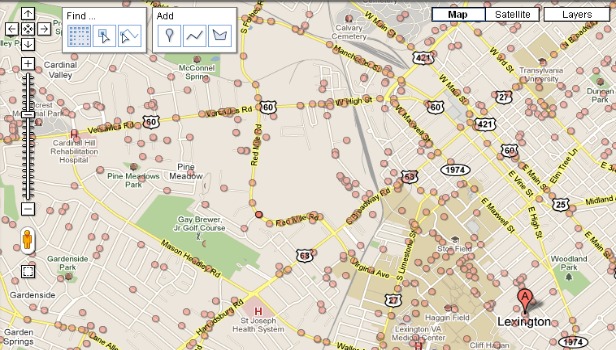 Google Earth and Google Maps are interesting elements of Google’s overall strategy, and are not immune to competition from the company’s main competitor Bing.

Bing has been doing some pretty interesting things in this department as well, particularly with Maps apps. Of course Facebook takes advantage of Bing Maps. Interestingly enough, the Nokia/Microsoft deal is involves Nokia Maps through Ovi.