Foner Books – Another Victim of the Google Update

We’re hearing a lot of interesting stories regarding the fallout of Google’s recent search algorithm update, which was aimed at reducing the rankings of lower quality content. We noticed Morris Rosenthal,owner of Foner Books had some grievances, expressed on his blog. We reached out to hear more of his story, and he was happy to share quite a bit.

Got a story about the algorithm update’s impact? Share in the comments.

For context, it helps to understand a little of the background of Foner Books and its website, as a quick glance at the site doesn’t scream “quality” from the design perspective.

“Foner Books started a little over ten years ago when I finished translating all of my great-grandmother’s books from Hebrew (Sarah Foner, she was the first woman to publish a Hebrew novel) and wanted the translations online,” Rosenthal, a former McGraw Hill author, tells WebProNews. “From there, I slowly added my newer writing to the Foner Books site, and left the older daileyint.com site to my business partner who published military history for some years. The daileyint.com site had the original work that McGraw-Hill eventually published for me.” 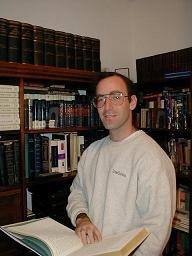 “In the course of 10 years, the subject scope of Foner Books has expanded as I grew interested in writing about different things, maybe I take on one new subject a year and write a dozen pages,” he continues. “It’s essentially just the authoring process moved online, something I advise all authors to do. This way I get feedback even while I’m writing, and if the work attracts a lot of visitors, I know it’s a good gamble to print the book. If it doesn’t become popular, I don’t rush to do a paper book, go through hiring editors,etc.”

“What Foner Books is best known for is my writing on publishing,” says Rosenthal. “Until the recent algo change, I was the #1 result for phrases like ‘book contract’ or ‘book contracts’, many queries related to book sales (I maintain an annually updated study of industry sales), and my page about Amazon Sales ranks, which was pretty famous back in the day, and through which I was able to help Chris Anderson out with some research for his book, ‘The Long Tail.’ And I was always [in the top] 10 in Google for “Self Publishing”, usually around #5. Now I’m maybe #30.”

It’s worth noting that as I checked on the terms mentioned, Foner Books does have results in the top five for “book contract” and “book contracts”. Rosenthal later told us, “I was the solid #1 for both for the last five years, if not longer. In fact, I just checked Bing and I’m still #1 there…In the case of these phrases, I don’t feel so bad because at least the pages now beating me aren’t crap, it’s just a new order. But the reason I was #1 is because people have been coming to my site for publishing related information for ten years, so it’s built up great incoming links over time. That part hasn’t changed, Google just decided they hate the whole site.”

But even still, Rosenthal has lost half of his US traffic. We asked him if he’d seen any recovery since the update took the traffic away (as Google has reportedly been making tweaks – see Cult of Mac). “Not as of this morning,” he said. “I only check once a day.”

Reading Rosenthal’s blog posts, it’s easy to tell that he has a bit of contempt for Demand Media’s eHow, which seems to have come out ahead in all of this. When asked to expand upon his relationship with the site, he told us, “The relationship is they’ve been eating into my traffic slowly for two years, and now they are getting a giant bite.”

“They have a computer algorithm pick phrases that people are using in search engines that they believe will monetize well,” Rosenthal continued. “Then they have their hordes of contract writers (not all of whom are evil) write a page around that key phrase using a simple, Step 1, Step 2, Step 3 formula. Some of the results are not awful, but most are a complete waste of time, and some provide advice that simply won’t work because the writer, who is rewriting what they found on a website like mine, doesn’t understand enough about the subject to even do a 1,2,3 summary. I used to just ignore eHow in the results and never gave it a thought, but around a year ago, a couple friends started complaining to me that Google kept sending them to this eHow place that just wasted their time.”

“I haven’t counted lately, but ignoring posts to my self publishing blog, I only have a couple hundred pages on the entire site,” he added. “eHow has hundreds, or thousands, or tens of thousands of pages on subjects like ‘how to change a hard drive’ because they phrase it every possible way…it’s just a joke. Maybe Google has decided my pages are low quality for those searches because I’m not ‘specific’ enough. If they believe that, they’ve been badly fooled. If somebody wanted to learn how to cross the street safely, eHow would have an article written for every street in the country to catch all the search phrases. I would cover the subject on one page, but I’d do a better job than all of their pages put together.”

Glancing through the Foner Books content, it was not immediately apparent to me that it was an AdSense site. When asked about advertising, Rosenthal said, “There are ads (Adsense) on maybe 20% of the page views. I generally want to sell my books so I’ve never been that interested in advertising. There are no ads on my daileyint.com domain, used to have on a single page about used laptops, but that was it. I have a different philosophy about Adsense than most publishers. I try to use it on pages where it works well, because I figure that means that some people who arrived on those pages from search really weren’t looking for an answer, they were looking for a product or a service. Google’s great insight into the web was that some people are always shopping.”

When asked what his best guess is as to why Google de-valued his content, Rosenthal said, “My favorite guess is duplicate content, ie, people have stolen so much from me for so long and in so many different ways, that Google can’t tell the difference who is the originator and has declared a pox on all of our houses. But it could also be that they hate my 1995 style HTML, I’ve heard of a lot of other ten year old and fifteen year old sites with valuable content getting hit hard, it could be they are equally old fashioned in their presentation.”

It’s very true that the site is lacking in modern website aesthetics, though this is not necessarily indicative of the value of the content.

“I believe Google’s Singhal said something about Google wanting to send people to sites that you would be happy giving your credit card to, which may mean sites that have a very professional template, like Amazon, or eHow, lots of JavaScript, etc.,” he said. “Singhal also said something about whole sites getting penalized for some low quality content. By ‘low quality’, I assume he means in the SEO sense, because their algo doesn’t read and understand. So yesterday I took down a list of free books on Kindle that I had posted last year, with a very good reaction in social media, because that page consisted of 1,400 classic titles linked to Amazon so people could easily find them for free. I didn’t use ‘NOFOLLOW’ and didn’t use my Associates ID, they were just plain links. But maybe Google thought it was spammy. I hate having to do this kind of guessing, and it’s a shame that people have lost out on using the list for free.”

Rosenthal may not have seen the worst yet. So far, Google has only initiated the algorithm update here in the United States. Rosenthal and many other website owners may be in for an even bigger shock as Google expands it to other regions.

“If they roll the same update out overseas, it will be another major hit in traffic,” Rosenthal tells us. “About half of my Google traffic was US, half the rest of the world. And since I do sell eBook versions of my published books, it would hurt sales. In the past two years, I’ve sold eBooks to 86 different countries.”

On a related note, there’s some interesting new data on those affected out from SearchMetrics.

Do you think Google’s search quality has improved? Tell us what you think.