Flurry Looks At Mobile Trends in 2015

Yahoo’s Flurry put out a new report looking at mobile trends in 2015 finding that media, productivity, and emojis contributed to “another stunning growth year.”

According to Flurry, overall app usage grew by 58%. They year-over-year saw growth across all categories except for games (interestingly) Personalization had (by far) the biggest growth rate: 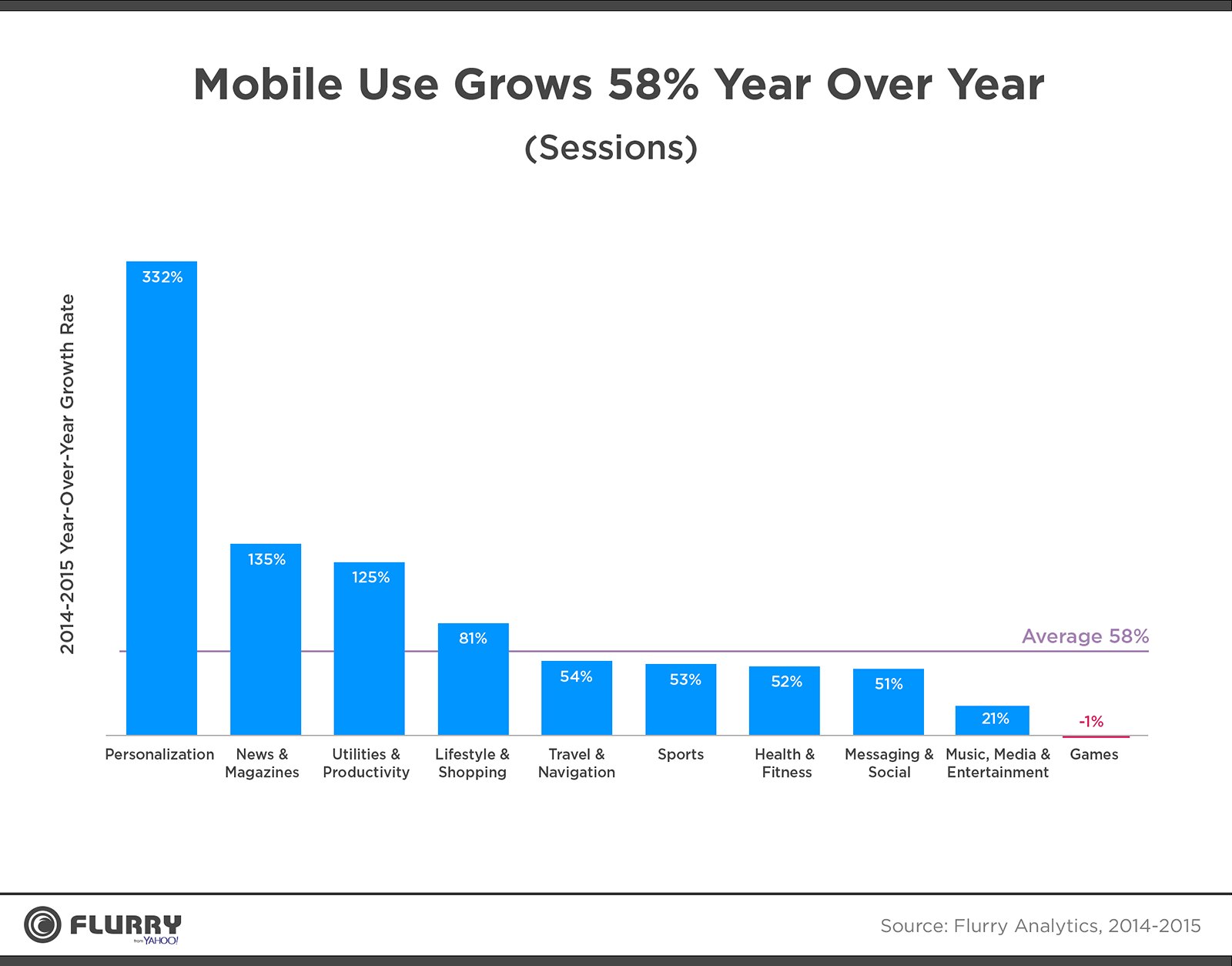 “The mobile industry has matured fast,” said Simon Khalaf, SVP, Product & Engineering, Publisher Products at Yahoo. “In fact, 7 years into the mobile revolution, Flurry tracks over 2.1 billion smart devices, worldwide on a monthly basis. While the growth rate has declined (58% in 2015 compared to 76% in 2014 and 103% in 2013), it remains stunning as rates like these are rare in mature industries. What was even more impressive is the majority of that growth rate came from existing users versus new users. In fact, in 2015, we estimate that 40% of the 58% total growth in sessions came from existing users, compared to 20% in 2014 and 10% in 2013. This jives well with the report we released last summer, showing a fast increase in mobile addicts.” 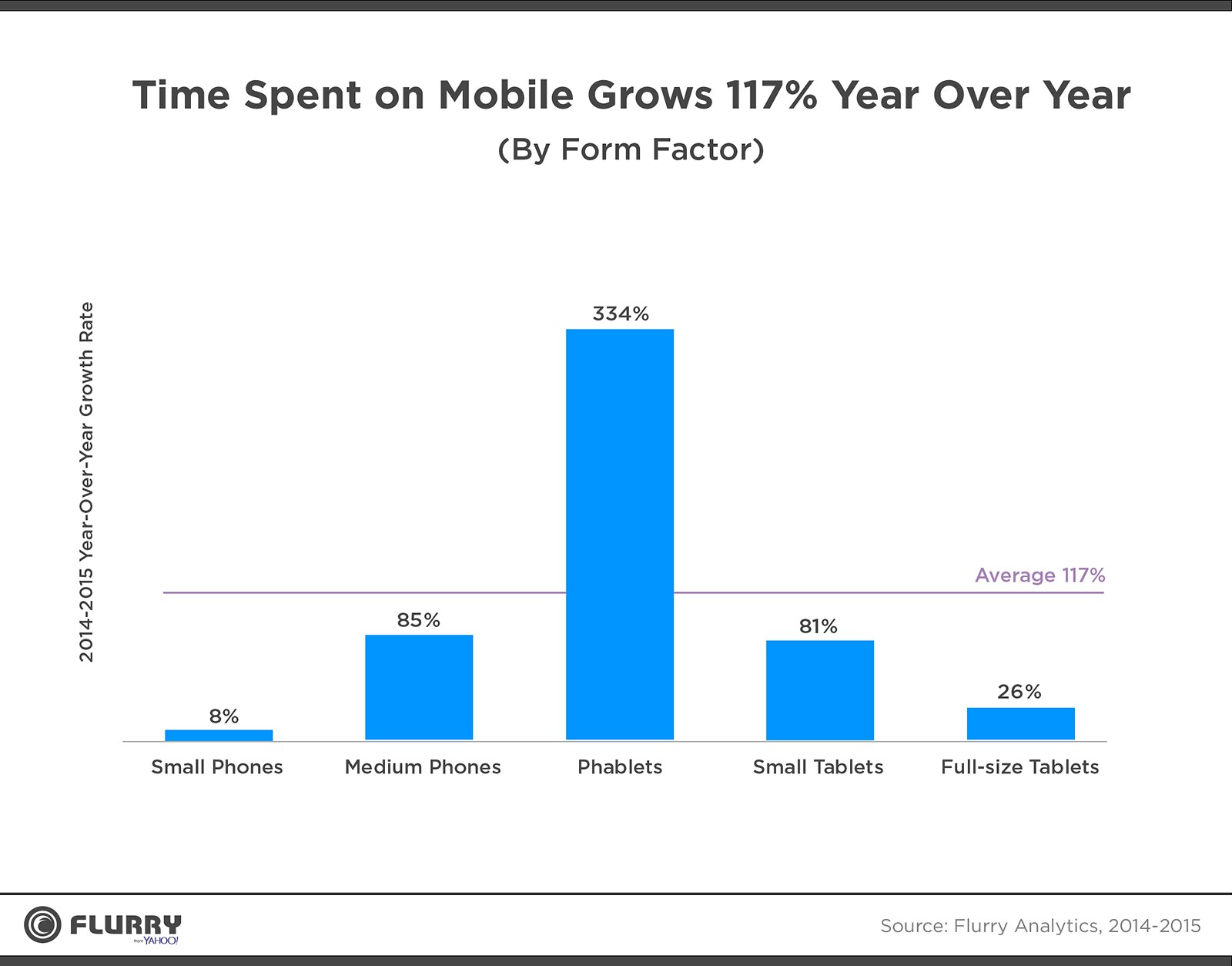 “Time spent on phablets grew 334% year-over-year (2.9 times more than the average), compared to 117% for all form factors,” Khalaf said. “With time spent on mobile surpassing that on television, and phablets posting astonishing growth in media consumption, it appears that the cable industry will find in the phablet and its apps its long-awaited digital nemesis.”

You can find more trends from the study as well as additional analysis here.

Earlier this week, we looked at another Yahoo report analyzing why smartphone users replace apps and what app-makers can do to improve retention.