Firefox 5 is expected to be released on June 21.

Last year, Google launched an initiative to crank out new versions of Chrome very quickly. Mozilla seems to be trying to keep up. It’s been speculated that Firefox users can expect even a version 7 before the year’s over.

This is part of Mozilla’s “Rapid Release” initiative. “Mozilla plans to switch to more frequent Firefox releases in order to provide frequent improvements to users, without disrupting longer term work,” the organization says.

Firefox 4 just came out a couple weeks ago. It was downloaded 5 million times in 24 hours, and even got up to 9 million the day after the release. By April 1, downloads had already surpassed 50 million. Today, the number is going on 70 million. 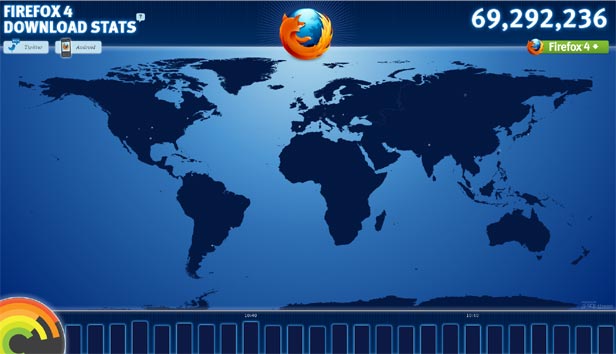 One can only imagine that Firefox 5 will see a similar level of popularity, based on people simply wanting to have the latest. Of course there will be new feature, as well. Conceivably Tech seems to have uncovered what these may include.

There are 9 features revealed in the Firefox UX planning pages, but some of them may be reserved for later versions past 5, as the publication explains.

There’s no telling which features will be included in Firefox 5 at this point. The possibilities include: tab multi-select, a new tab page, standardized toolbar for add-ons, file upload monitor, home app tab (to replace home button), in-browser preview for files, taskbar web apps, identity management, and sharing features, which are expected to be part of Firefox 5.

The preview of Firefox 5 is already available.