"Though Microsoft is disappointed in the GSA’s internal email decision, the news underscores how robust competition is today, not only between Microsoft and Google, but also Cisco, IBM, VMWare and many others," a spokesperson for the company tells WebProNews. "Industry competition drives innovation and is good for government agencies – and we continue to see many federal, state & local governments choosing Microsoft to meet their business needs. California, Minnesota and New York City are the latest governments to select Microsoft’s Business Productivity Online Suite (BPOS) to host cloud-based email."

By switching to Google Apps, the GSA is actually becoming the first federal agency to move email to the cloud agency-wide, which is likely to become a much more common trend moving forward. 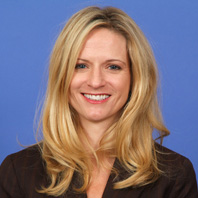 "GSA’s decision to switch to Google Apps resulted from a competitive request for proposal (RFP) process that took place over the past six months, during which the agency evaluated multiple proposals for replacing their existing on-premises email system," explains Mike Bradshaw, Director of Google’s  Federal Enterprise team. "GSA selected Google partner Unisys as the prime contractor to migrate all employees in 17 locations around the world to an integrated, flexible and robust email and collaboration service in 2011."

"By making this switch, GSA will benefit in a number of ways," adds Bradshaw. "Modern email and collaboration tools will help make employees more efficient and effective. Google Apps will bring GSA a continual stream of new and innovative features, helping the agency keep pace with advances in technology in the years ahead. And taxpayers will benefit too—by reducing the burden of in-house maintenance and eliminating the need to replace hardware to host its email systems, GSA expects to lower costs by 50 percent over the next five years."

Google recently expanded Google Apps to include most of the company’s services.

Th GSA expects to save $15 million over five years, by moving email to the cloud.

Should Marketers Be Worried About New FTC Proposal?