A currency – whether real or virtual – is only as good as the extent to which it’s accepted.  So to increase the value of Facebook Credits (figuratively speaking), Facebook will soon make them a mandatory option in social games that use payments.

Users and developers shouldn’t react with too much dismay.  Other in-game currencies will be still be permitted, and Facebook intends to let developers keep 70 percent of the revenue from transactions that involve Facebook Credits. 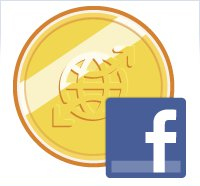 But the bottom line, according to Liu, is this: "Starting July 1st, we will require all social game developers on the Facebook canvas platform to process payments through Facebook Credits."

This move should help solidify Facebook’s influence over social gaming firms and create an added sense of consistency from game to game.

It’s unlikely that Facebook will encounter a lot of resistance, either, considering that the company’s already about 70 percent finished in terms of achieving Facebook Credits adoption.

Visualize Your LinkedIn Influence with InMaps