Facebook has reportedly acquired Rel8tion, a mobile advertising company. While you’d be hard pressed to find much info about the company on its own site, it has been made clear that this is a talent acquisition, so look for interesting things in mobile ads to come to Facebook in the near term.

The Wall Street Journal’s AllThingsD, which broke the story, shares the following statement from Facebook:

"We’re excited to confirm that we recently completed a talent acquisition of Rel8tion, a stealth-mode startup in Seattle. The engineering team will join our growing Seattle office, and we’re looking forward to having them on board."

Update: After reaching out to Rel8tion, our request for comment was forwarded to Facebook, who gave us the same statement.

According to the report, Rel8tion was started by Peter Wilson, who will now be an engineering director at Facebook. 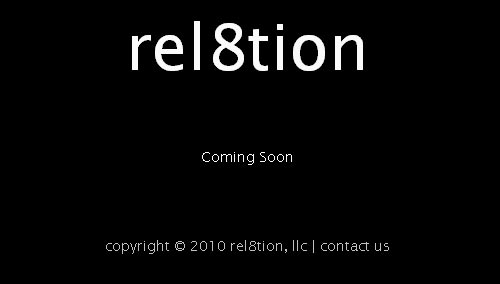 This isn’t the only splash Facebook has just made in advertising. This morning, the company launched a new ad product called the Sponsored Story, which lets advertisers promote updates from fans who have mentioned them. More on that here.

A recent estimate from Emarketer has Facebook pulling in $1.86 billion in ad revenue in 2010.

Use Your Existing Number with Google Voice