Does Sony Want to Leave iTunes?

Recently, Apple rejected a Sony e-reader application due to a rules compliance issue.  How did Sony respond?  By stating they’d like to remove all of their music from Apple’s iTunes store.

After reading about such a petulant reaction, my first thought was to title this post "Grown Men Fighting Over Money."

While that might be a little more elementary than the truth, the fact is, Sony’s reaction is no different than the misguided strategy laid out by Time-Warner CEO, Jeff Bewkes.  Both Sony and Time-Warner are more concerned about distributing their own content, especially in today’s digital age, and it seems they’re willing to burn any bridge they come across to get their way.

However, that, apparently isn’t good enough.

Sony was "wronged" by Apple — actually, they weren’t given the application development autonomy they felt they so rightfully deserved — and so, Sony wants to take their ball and go home.  More accurately, Sony wants to distribute their content on their upcoming Music Unlimited service, which means their only other recourse is to remove their content from Apple. 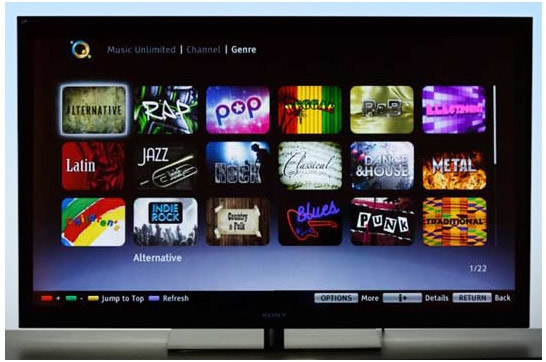 Does that even make sense?  It seems like Sony and Time-Warner are cutting off their noses to spite their faces.  Is the money Time-Warner makes from Netflix, as well as the revenue Sony gets from iTunes that bad of a thing?  Does third-party distribution act as a stain on either company’s financial record?

Considering the unnecessary venom both Time-Warner and Sony are using while discussing their desire to distribute their own content, obviously, it does.

Sorry, but this sounds like a case of personal pride overruling good business.  If you’re trying to get your product into as many houses as possible, is it logical to quit using other, more famous distribution services in favor of ones that haven’t even been fully developed yet?

After reading this comment by Michal Ephraim, chief executive of Sony Computer Entertainment:

"If we do [get mass take-up], then does Sony Music need to provide content to iTunes?" he said. "Currently we do. We have to provide it to iTunes as that’s the format right now."

It’s clear both Ephraim and Bewkes are struggling to keep up in the digital distribution world.  Not only that, but they are clearly more worried about their financial gain than they are servicing their potential customers.

I’m sorry, but is Tide laundry detergent only sold at K-Mart?

Giving people options instead of forcing them into a service they don’t necessarily need and/or want is not good business.  In fact, forcing potential customers to use a service they aren’t comfortable or familiar with is a sure way to turn “potential” into “lost.”